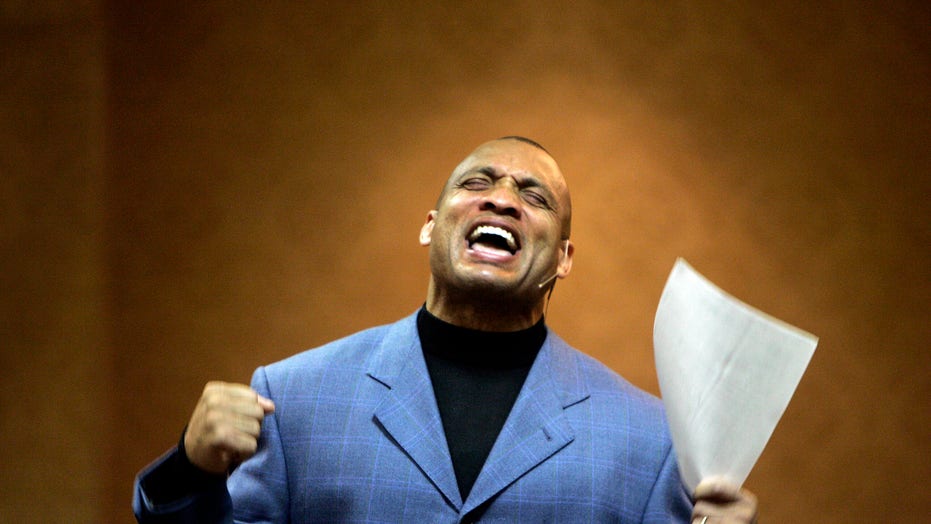 After shutting down receivers during his Hall of Fame career, Aeneas Williams is helping open doors for NFL players.

Williams, the former Cardinals and Rams defensive back, hosts the NFL Legends podcast, a platform for former players to share their stories, encourage each other and learn about programs and benefits available to them.

“These podcasts save lives,” said Williams, who is also pastor of The Spirit Church in St. Louis. “I can’t tell you how many tears either during the podcast or afterward that have been shed because so many guys leave the game not on their own terms.

"Sometimes, families are disrupted, marriages are broken. And they’ve been playing this game all their lives. And when you leave because many times the door looks like it’s shut, then how guys psychologically deal with it, they totally disconnect.”

The podcast, which originally launched in 2017, is an extension of the NFL Legends Community, an initiative launched six years ago to support former players, ensure they stay connected with their teams and to offer them assistance in many areas from making sure they get health checks to transitioning to life after football. Each team now has a community director on staff, giving 20,000 former players a direct link to get involved and utilize the various offerings.

Retired players are invited to several events throughout the year, including a dinner during Super Bowl week where the conversation highlights all the resources and benefits available to them.

“When you see these guys just come and see and talk to their former teammates or former opponents, see the tears that happen in those rooms, it literally helps guys get the help they need," Williams said.

“When most guys leave the game, they think the league or the owners don’t care. They don’t realize they are still assets. They’re just not current assets. They’re called long-term assets, and the health of our legends is for the betterment of the game because the current generation of players always pay attention to how you treat the legends of your game because it tells them how they’re going to be treated when they become legends. So it’s fantastic. Still, we have work to do.”

Hall of Fame running back LaDainian Tomlinson was a guest on the podcast last month. He talked to Williams about his charity foundation and his commitment to social justice issues.

“Even though we’re retired and we don’t play anymore and maybe the spotlight is not always on us, it’s great for us to still have a voice that people want to listen to,” Tomlinson said. “People want to hear from the legends, the guys that made this game what it is today. And so I think any time you can get guys that have impacted their communities, the football field and this nation as a whole, it is great to have that dialogue.

“But more importantly, I believe it’s a great outlet for guys that are not Hall of Fame guys to have that opportunity to talk to Aeneas. That is something that energizes guys. How many times do we hear when guys leave the game, they’re lost. They don’t have anything to really motivate them anymore, to get out of bed and just feel like the world has forgotten about them. Well, they have a story, we all have a story and it’s good that they can tell their story on that platform.”

Williams spoke to Hall of Fame safety Brian Dawkins about tackling mental health issues. Since revealing he suffered from depression and had suicidal thoughts early in his playing career, Dawkins has been on a mission to spread awareness.

Five-time Pro Bowl linebacker Hardy Nickerson and his wife, Amy, discussed how their family has experienced issues around law enforcement.

Michael Vick shared his journey from being one of the game’s top stars to going to jail and returning to win the NFL Comeback Player of the Year award in 2010.

“All of those discussions from a legend standpoint are so eye-opening and refreshing and bring self-awareness to the legends today,” Williams said. “All of us have made mistakes, some more than others. But we’re all from a unique fraternity. ... We learn from each other. Then, turn and give this wisdom to the younger generation.”

New episodes are released each Wednesday on both Apple and Spotify.

“The Legends Podcast was created by the players and for the players so that they could share like experiences, have a safe place to engage with each other and talk freely,” said Tracy Perlman, NFL Senior Vice President of Football Communications and Marketing.

“Simply to be completely open with each other, the way they were able to when they were in a locker room. Watching and listening to them, you realize the brotherhood that they have and the trust and honor that they share.”