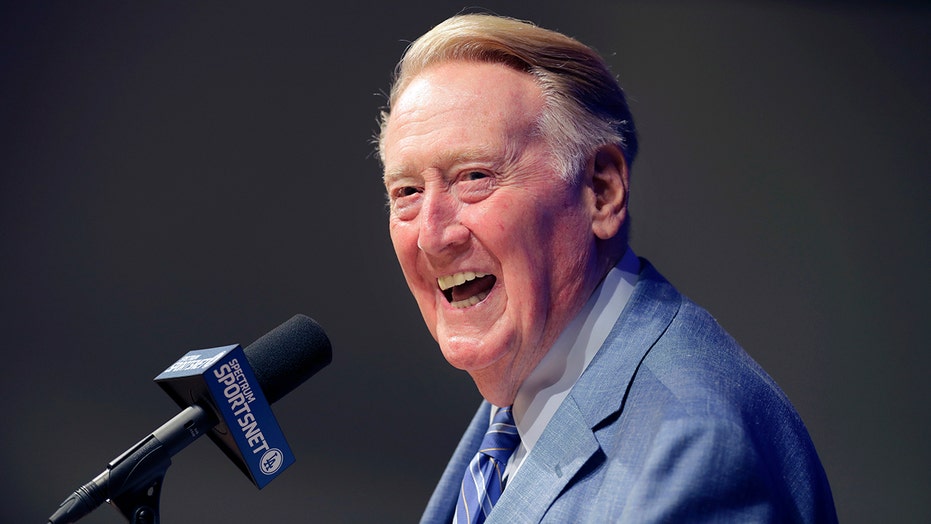 Retired Los Angeles Dodgers broadcaster Vin Scully is back home after falling and being hospitalized.

The team quoted Scully on Twitter Saturday saying, “I'm home and resting comfortably with my wife and we are both eagerly awaiting the Time for Dodger Baseball!" That's a phrase announced before the start of every Dodgers home game.

The 92-year-old fell Tuesday at his Los Angeles-area home.

Scully thanked the Los Angeles County Fire Department and the staff, doctors and nurses at the hospital.

“I am so eternally grateful for their help and selfless service,” the tweet said.

Scully retired after the 2016 season, ending a career in which he called Dodgers games for 67 years. He began in 1950 when the team was located in Brooklyn. He was inducted into the Baseball Hall of Fame in 1982 and received the Presidential Medal of Freedom in 2016.