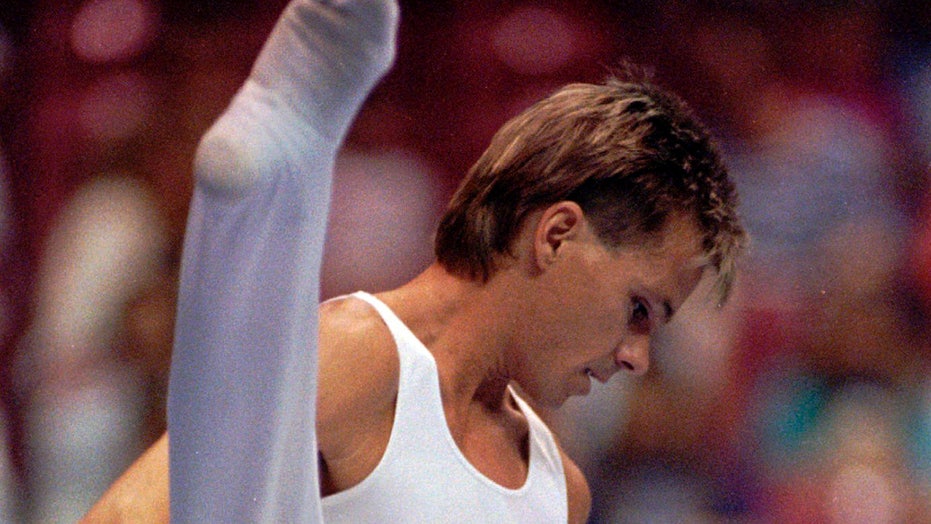 Kurt Thomas, the first U.S. male gymnast to win a gold medal at the world championships, died of complications from a stroke, his family said Friday. He was 64.

Thomas suffered a stroke on May 24, which was caused by a tear of the basilar artery in the brain stem.

“Yesterday, I lost my universe, my best friend, and my soulmate of 24 years. Kurt lived his life to the extreme, and I will be forever honored to be his wife,” Beckie Thomas told International Gymnast Magazine.

Thomas won the floor exercise at the world championships in Strasbourg, France, in 1978. He would go on to successfully defend the title the following year in Fort Worth, Texas. He also won gold in the horizontal bar and a silver in the all-around, pommel horse and parallel bars – it was the most medals won at a single world championship by an American, but was later eclipsed by Simone Biles.

USA WOMEN'S HOCKEY STAR CHANGES TUNE ON COLIN KAEPERNICK PROTEST: 'IT WAS NEVER ABOUT THE FLAG'

Thomas was a star gymnast at Indiana State and his popularity on campus was only rivaled by that of Larry Bird, who was leading the men’s basketball team to the NCAA Tournament finals. Thomas was the top amateur gymnast in 1979 and was later inducted into the International Gymnastics Hall of Fame in 2003.

“Kurt was a fierce rival, who went on to become a cherished friend,” Olympic gold medalist Bart Conner tweeted. “Proud to have been your teammate. Sending hugs to his wife Beckie, his children, Hunter, Kassidy and Kurt as well as the entire gymnastics community, who lost a true pioneer today.”