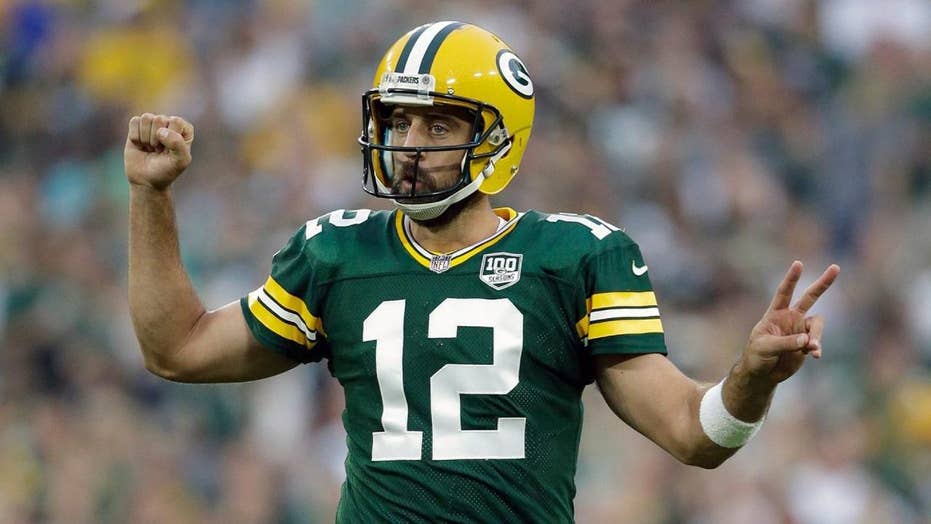 Aaron Rodgers is the undisputed face of the Green Bay Packers, both revered in Wisconsin and talked about more broadly as perhaps the best current NFL quarterback, but an in-depth report Thursday focused a white-hot spotlight on a drama-filled decade -- dominated by the dysfunctional relationship between the signal caller and his former coach, Mike McCarthy.

And the confusing and often counterproductive ways are apparently not in the rear-view mirror: Already this year, Rodgers was informed Matt LaFleur had been hired to be the new coach by team president Mark Murphy only moments before the franchise told the public who McCarthy’s successor was going to be, a source told Bleacher Report, which published the deep dive into the Packers.

After the surprising news was delivered, Rodgers paused, according to Bleacher Report, and Murphy used that space to hammer home to Rodgers that the franchise's $134 million quarterback needed to accept LaFleur.

Rodgers didn’t take part in any interviews with the Packers’ coaching candidates and ESPN reported in January that Rodgers only made a call to LaFleur during the process. The Packers’ front office didn't believe it needed to seek Rodgers' approval or even input before selecting a new coach, according to Bleacher Report.

“The conversation went great,” LaFleur said of his talk with Rodgers, according to ESPN. “I can tell he's a passionate guy, and he wants to win. And I think that holds true for me as well. So, I think we're in alignment there because, like I said before, this game is about winning. I know that he wants to add to his legacy, and the only way we're going to accomplish that is to win a world championship.”

The Bleacher Report expose was mostly focused on Rodgers and McCarthy’s relationship -- or the lack of one. Former teammates were quoted as calling the quarterback “entitled” while others criticized McCarthy for skipping team meetings to get massages, something McCarthy denies.

Regardless, the Packers are coming off two straight seasons of being under .500, which hadn’t occurred since 1990 and 1991, so LaFleur and Rodgers have their work cut out for them.