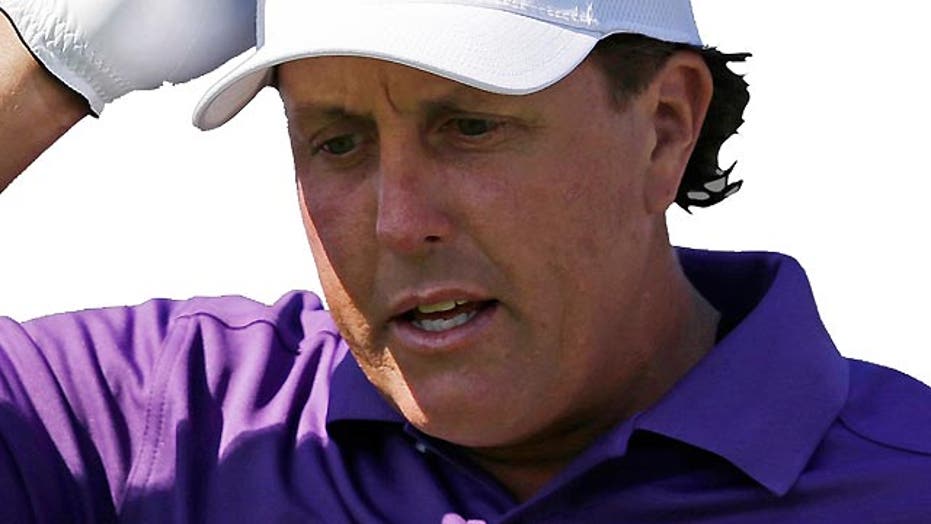 Golf superstar Phil Mickelson is being accused of allegedly wiring nearly $3 million to an “illegal gambling operation which accepted and placed bets on sporting events,” according to a report by ESPN.

Mickelson, who was not charged in the scheme, allegedly sent $2.75 million to a former sports gambling handicapper who was connected to an offshore operation, sources told ESPN’s "Outside the Lines."

Gregory Silveira pleaded guilty to three counts of money laundering of funds from an unnamed “gambling client” between February 2010 and February 2013, according to court documents obtained by ESPN’s “Outside the Lines.” Although Mickelson’s name does not appear in the court documents, sources familiar with the case told ESPN that the unnamed client is Mickelson.

The plea agreement, which was signed May 1 by Silveira, included a reference to the “money laundering of funds from P.M.” ESPN inquired about the reference, which then prompted the U.S. Attorney’s Office to file a motion to have the original plea agreement stricken. On June 18th, an amended version was filed that took out any reference to “P.M.”

“At the time, defendant initiated these three transfers with the intent to promote the carrying of an illegal gambling operation,” according to a plea agreement.

Mickelson, a five-time major winner and one of the PGA tour’s wealthiest and most popular players, was investigated last year by the FBI and Securities and Exchange Commission for his possible role in an insider trading case. Mickelson was cleared of any charges after an investigation found no evidence of any wrongdoing.