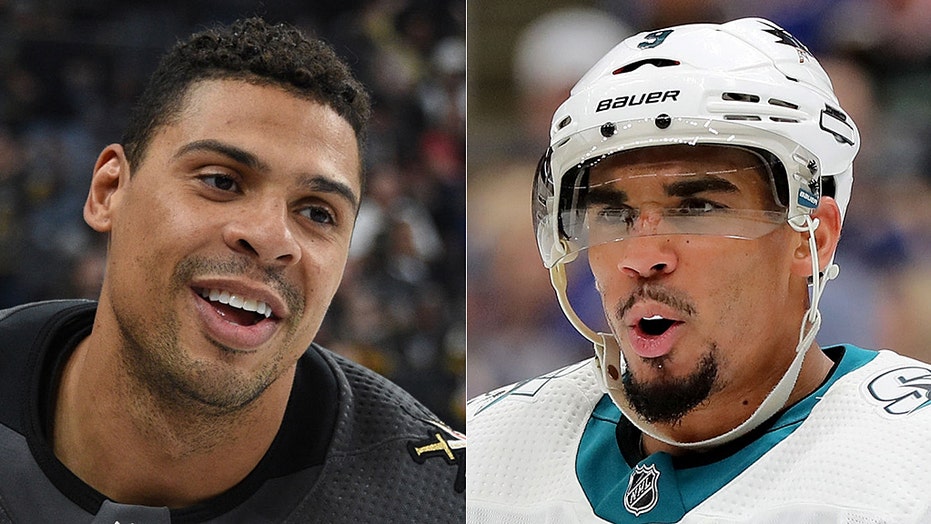 Vegas Golden Knights winger Ryan Reaves expressed some disappointment that San Jose Sharks forward Evander Kane will miss their first two games of the season because of a suspension.

Kane was suspended for three games due to his outburst against an official over the weekend during a preseason game against the Golden Knights. Reaves and the Knights take on the Sharks in their first two games of the season, one of which is in Las Vegas while the other is in San Jose.

CALLAHAN'S MOVE TO TV MAY BE MODEL FOR OTHER INJURED PLAYERS

“Poor Evander. So tragic,” Reaves told KTNV-TV on Tuesday. “I wish he was on the ice. It's always more fun when he's on the ice.”

Kane accused NHL referees of treating him differently than other players on Sunday. But Reaves said he didn’t understand why he would say that.

Reaves also commented on the play that Kane took issue with. Kane was dragged down by the referee, who responded by shoving him. Kane was hit with a game misconduct and ejected.

The two teams play Wednesday night and then again Friday to start their seasons.