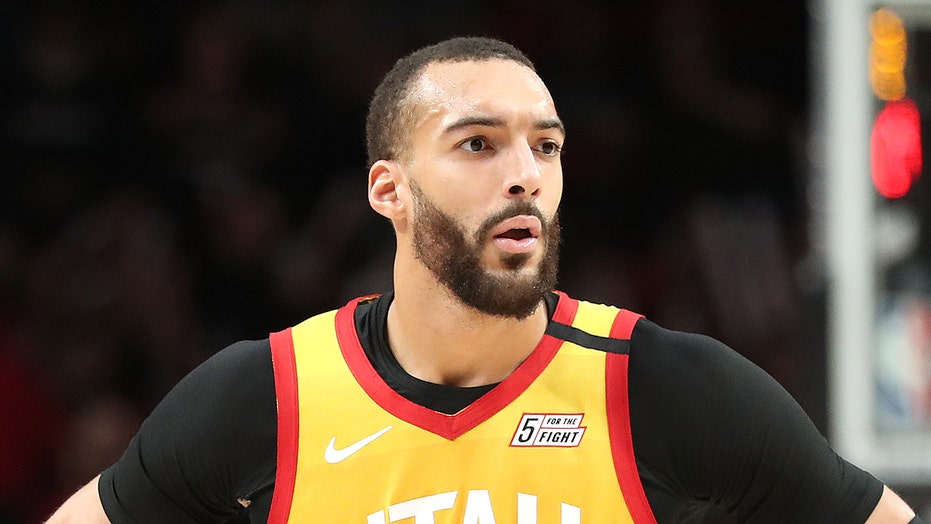 Rudy Gobert of the Utah Jazz offered the first of what he said will be “many steps” he will take to help with the coronavirus pandemic, pledging Saturday to donate more than $500,000 to relief efforts.

Gobert, who was the first NBA player to test positive for COVID-19 — a diagnosis that prompted the NBA to suspend its season for at least a month — said he is giving $200,000 to part-time employees at the arena that plays host to Jazz games to help cover their lost wages.

He also pledged $100,000 each to assist families affected by the pandemic in Oklahoma City, where he was when the diagnosis came, and Utah. He also is giving 100,000 Euros ($111,450 USD) to relief efforts in France, earmarking that for childcare assistance to health care workers as well as for caregivers to the elderly.

“I am humbled by the tireless efforts and care of people around the globe for those affected by COVID-19, especially my own communities of Utah and France, in addition to my appreciation for the state of Oklahoma and my care there, and of course, my Utah Jazz family,” Gobert said in a release distributed by the Jazz.

“I know there are countless ways that people have been impacted,” Gobert continued. “These donations are a small token that reflect my appreciation and support for all those impacted and are the first of many steps I will take to try and make a positive difference, while continuing to learn more about COVID-19 and educate others.”

He ended his remarks with, “Much gratitude, RG.”

Gobert was diagnosed Wednesday, moments before the Jazz were to play in Oklahoma City against the Thunder. That game was called off, the league said it was suspending operations after the slate of games that night was completed, and a subsequent New Orleans at Sacramento game — which would have been the last on the NBA slate that night — was also canceled because one of the referees in that game had worked a Jazz game two nights earlier.

“It means a lot to me,” Mitchell said. “I feel fine. Things are going well. Just taking the proper precautions. As was told to me by the health authorities, I’ve got to stay in isolation. So, I’m solo in here, playing video games all day and can’t wait to get back out there on the floor, man, play in front of the best fans in the world. I really miss playing in front of you guys and I’ll see you guys soon.”

Mitchell’s father, New York Mets executive Donovan Mitchell Sr., was tested for COVID-19 and does not have the virus. The Toronto Raptors, who played Utah on Monday and faced both Mitchell and Gobert, said Saturday that all members of its travel party have now been checked and all tests came back negative.

The NBA’s shutdown is planned for a minimum of 30 days, meaning the earliest basketball can resume is April 10.

Gobert’s gift comes on the heels of several other NBA players publicly announcing similar donations to help arena workers who will be missing out on income because of no games or other events in their facilities. New Orleans rookie Zion Williamson said Friday he would cover one month of salaries for workers at Smoothie King Arena, and NBA stars Giannis Antetokounmpo and Khris Middleton of the Milwaukee Bucks, Kevin Love of the Cleveland Cavaliers and Blake Griffin of the Detroit Pistons have all made $100,000 pledges.

Many NBA and NHL teams have said they are working to help arena employees who will be adversely affected by the shutdown.