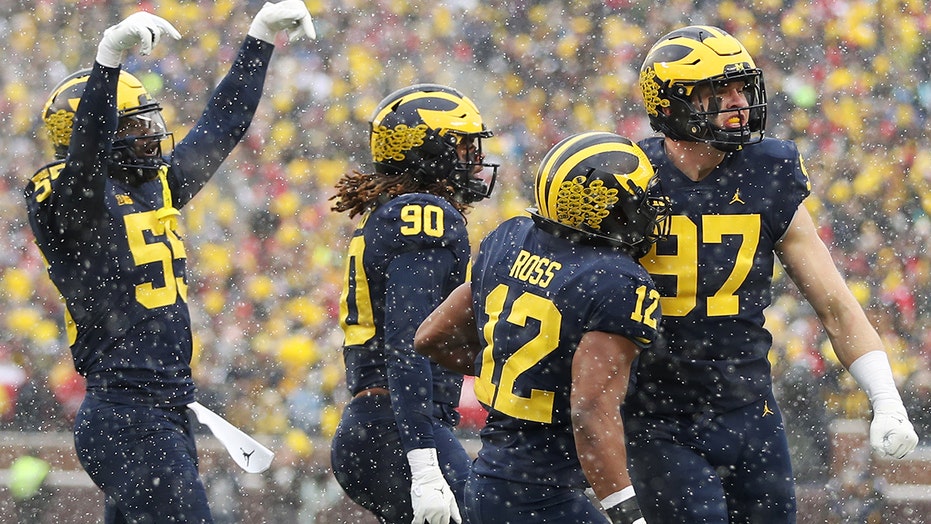 Few people are giving second-ranked Michigan anything more than a slim chance of beating Georgia in the opening round of the College Football Playoffs. But the Wolverines are giving themselves a shot – a booster shot.

In one of the more unusual instances of team bonding, all vaccinated Wolverines will be receiving COVID-19 boosters today.

On Tuesday, Offensive tackle Andrew Stueber told the media that the Wolverines are getting boosters and taking other precautions in an effort to avoid having players miss practices. "That’s definitely a growing concern of ours," said Stueber. "We implemented masks in meetings, maintaining social distancing. A lot of people are taking their meals to go, not really sitting too much. But, it’s a lot safer now out there, a lot of students have left the campus."

Somebody should tell him about the effectiveness of masks…

Cade McNamara #12 of the Michigan Wolverines warms up before the Big Ten Football Championship game against the Iowa Hawkeyes at Lucas Oil Stadium on December 04, 2021 in Indianapolis, Indiana. (Justin Casterline/Getty Images)

Anyways, the Wolverines now seem more cosmetically prepared to block COVID transmission than they do their Orange Bowl opponent, Georgia. "I think everyone understands the gravity of the situation, to have an outbreak now would be devastating to a lot of people," added Stueber. "Understanding the concern there is a big thing, so we’ve taken the proper precautions there."

Travon Walker #44 of the Georgia Bulldogs sacks Tyler Macon #10 of the Missouri Tigers in the second half at Sanford Stadium on November 6, 2021 in Athens, Georgia. (Todd Kirkland/Getty Images)

The soon-to-be boosted Wolverines are scheduled to square off with Georgia on New Years Eve. Boosters be damned, FanDuel Sportsbook isn’t giving Michigan much of a shot. The Bulldogs are listed as 7.5 point favorites.