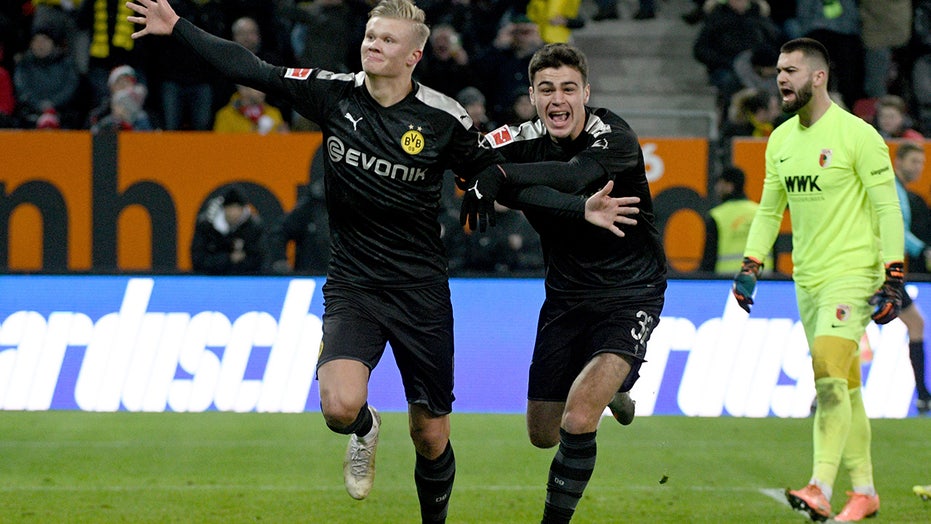 Gio Reyna became the youngest American to play in the Bundesliga when he made his league debut for Borussia Dortmund on Saturday.

Aged 17 years, 2 months, 5 days, Reyna came on in the 72nd minute at Augsburg and was booked in the 76th, with his performance impressing Dortmund coach Lucien Favre.

Reyna replaced Christian Pulisic as the youngest American to have played in the league. Pulisic was 17 years, 4 months, 12 days old when he made his Bundesliga debut for Dortmund on Jan. 30, 2016.

Dortmund signed the attacking midfielder from New York City FC in July and he went on to score four goals in 11 league games for Dortmund's under-19 team.

The teenager was named to a Bundesliga matchday squad for the first time in December, when he was an unused substitute in a 5-0 win over Fortuna Düsseldorf.