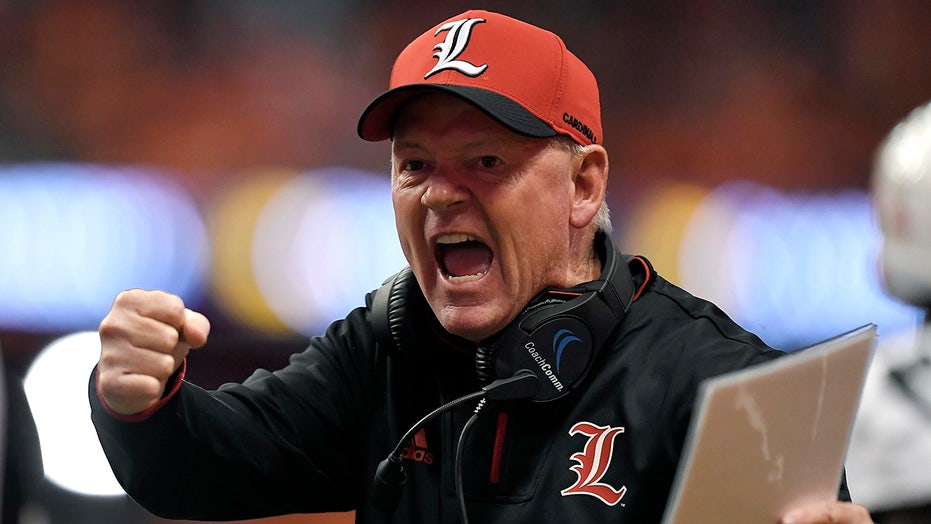 Bobby Petrino, a coach with a track record of on-the-field success and off-the-field embarrassments, will be the next coach at Missouri State.

The Springfield-based university said Wednesday that Petrino, 58, will be introduced at a news conference Thursday. He will replace Dave Steckel, who was fired last week after winning just 13 games in five seasons.

Petrino has a 119-56 record in 14 seasons at Arkansas, Western Kentucky and Louisville. He also spent part of one season coaching the NFL's Atlanta Falcons, where he coached 13 games in 2007 before abruptly resigning.

Petrino was 31-9 at Louisville from 2003-06, including an Orange Bowl win after the 2006 season. He left to coach the Falcons, where he failed to last even one season. He resigned with three games remaining to return to college coaching at Arkansas.

His departure angered Falcons players, both in its timing and the way it was handled: Players showed up in the middle of the week to find a letter from Petrino.

"Out of my respect for you, I am letting you know that, with a heavy heart, I resigned today as the Head Coach of the Atlanta Falcons,” the letter stated.

Petrino was 34-17 in four seasons at Arkansas, leading the school to the Sugar Bowl following the 2010 season and a No. 5 final ranking the following season, when the Razorbacks won 11 games.

A few months after that season ended with Arkansas fans excited to see where the program was headed, Petrino was injured in a motorcycle accident that exposed an extra-marital affair with an athletic department employee. Petrino originally said he was riding alone but later revealed that the woman was a passenger, and that they were involved in a relationship. Petrino was fired.

He was out of football in 2012 before resurfacing at Western Kentucky. The Hilltoppers were 8-4 in 2013 and beat Kentucky in Petrino’s only season there. He was rehired at Louisville for the 2014 season.

He had initial success at Louisville. During the 2016 season, the Cardinals went 9-4, reached as high as No. 3 in the AP poll and beat then-No. 2 Florida State, 63-20. Sophomore quarterback Lamar Jackson, now a standout with the Baltimore Ravens, won the Heisman Trophy, and Louisville shared the ACC’s Atlantic Division title with Clemson.

But after going 8-5 in 2017, the bottom fell out the following season, when Petrino’s only wins came against FCS opponents Indiana State and Western Kentucky. With Jackson graduated, Louisville’s offense struggled. The Cardinals were 2-8 and were in the midst of a seven-game losing streak when Petrino was fired following a 54-23 loss to Syracuse. The university agreed to pay the remaining $14 million on his contract.

Petrino had been out of coaching since his ouster at Louisville.

Missouri State was just 13-42 under Steckel, who previously served as defensive coordinator for Gary Pinkel at Missouri, including 1-10 in 2019.

The Bears play in the Missouri Valley Conference and are part of the FCS. They haven't had a winning season since 2009.