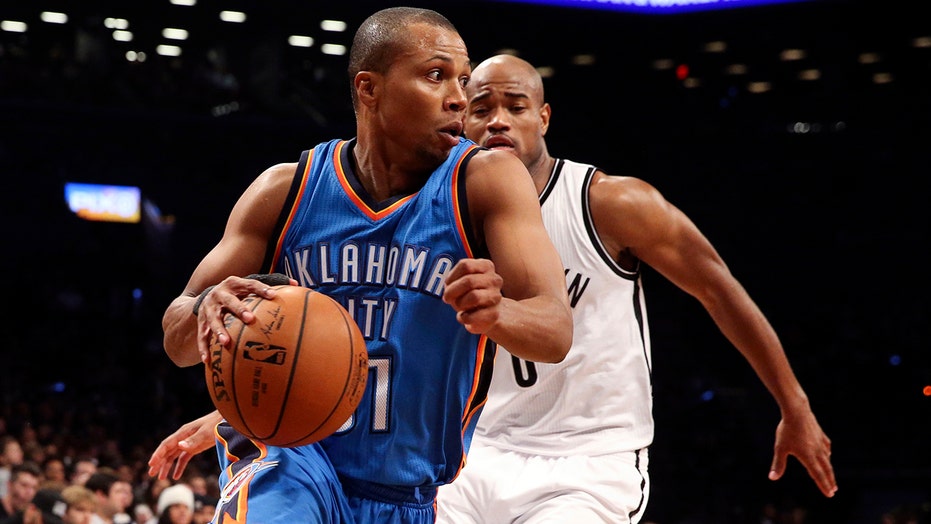 Sebastian Telfair, a former first-round NBA Draft pick, was sentenced to more than three years in prison on Monday in connection to a New York City gun case.

Telfair, 34, will serve 3 1/2 years in prison. He was convicted earlier this year of carrying a loaded handgun in his pickup truck.

“The mandatory prison sentence he received today is required by law and he has now been held accountable for the unlawful conduct,” Brooklyn District Attorney Erick Gonzalez said in a statement.

A jury heard testimony that described how officers in an unmarked police car spotted a Ford F-150 parked on a center median in Brooklyn where Telfair was at the wheel, Gonzalez said. The incident occurred on June 11, 2017, at 2:50 a.m.

Telfair was stopped after he made a U-turn in front of the officers and drove with no headlights on. The officers searched the vehicle and found the pistol after seeing a lit marijuana cigarette inside.

The Portland Trail Blazers selected Telfair with the No. 13 pick of the 2004 NBA Draft – the same class that saw Dwight Howard taken No. 1. Telfair was a standout at Abraham Lincoln High School in Brooklyn before skipping college and going to the pros.

Telfair and a friend were arrested in 2007 after a traffic stop during which police found a loaded handgun. He pleaded guilty to criminal possession of a weapon and was sentenced to three years probation.