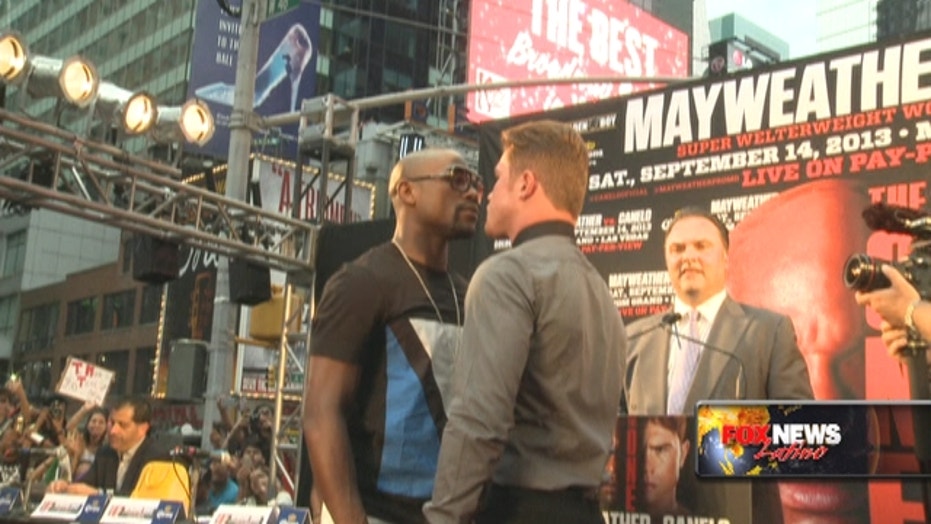 Less than 24 hours after going on sale on Tuesday at the MGM Grand, the event was sold out.

In response to the live gate sellout, promoters announced that six MGM Resorts properties will host live closed-circuit telecasts of the event, dubbed "THE ONE."

"This sell out doesn't surprise me because this is what happens when the best fights the best," Mayweather said in press release announcing the sell out.  "I want to thank all the fans for their support.  They're going to see a hell of a show on September 14, whether it's at the MGM Grand Garden Arena, on closed circuit in Las Vegas or on Showtime pay-per-view."

Alvarez called it the biggest night of his career.

Golden Boy Promotions chief executive Richard Schaefer told ESPN.com the fight will generate a minimum of $18.6 million in ticket sales, saying the number could go as high as $19 million.

"It's going to be the record," he said. "The MGM is calculating and has to do the ticket settlement, but it will definitely be the record."

That could break the record previously held by Mayweather’s bout against Oscar De La Hoya in 2007.

Currently both parties are participating in an 11-city tour promoting the event.