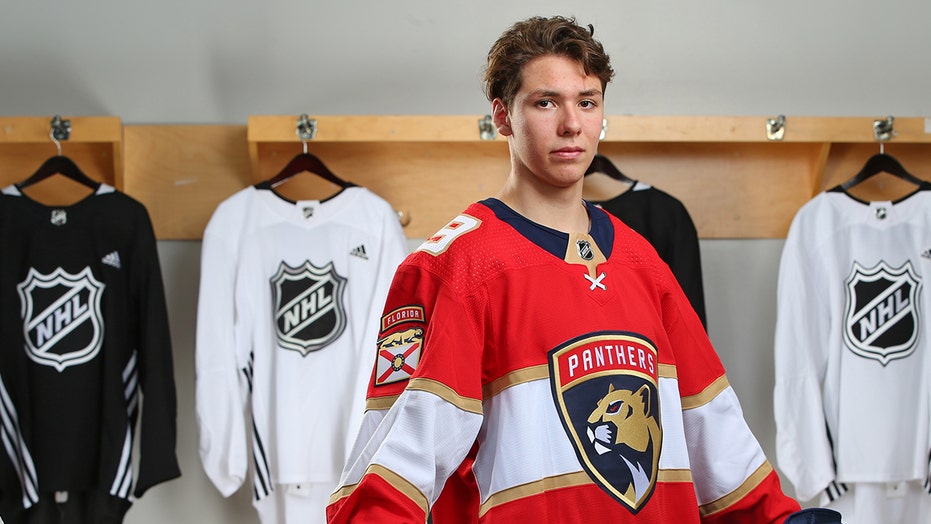 The Florida Panthers selected forward Henrik Rybinski in the fifth round of the NHL Draft on Saturday and before the 17-year-old could address the media, he had to pass a big test first.

Rybinski told reporters at the Rogers Arena in Vancouver, where the draft was being held, he had just finished taking his driver’s test when he received a call from his agent.

“Yeah, so I had my driving test,” Rybinski said, according to the Daily Hive. “I took it and then my agent told me to come to the rink. So I came and now I’m here. I was a little overwhelmed but it’s just good to be here.”

Rybinski played for three teams last season before he was drafted by the Panthers. He recorded 40 points in 47 between the Western Hockey League’s Seattle Thunderbirds and Medicine Hat Tigers. He then recorded 12 points in nine games for the Coquitlam Express of the British Columbia Hockey League.

The Panthers selected Henrik Rybinski in the fifth round. (Photo by Andre Ringuette/NHLI via Getty Images)

The teen said it was a bit nerve-wracking to possibly realize your dream while, at the same time, try to get your driver’s license – a big moment for anyone.

“It was pretty difficult, I ain’t gonna lie,” he said. “I was kind of shaking in the car. My hands were trembling. I was like ‘oh, I’m not gonna pass.’ But then, getting drafted, it’s a sigh of relief. I’m kind of still shaken, but I’m not nervous, I’m just excited, looking forward to the future.”

Rybinski ended up passing the test.