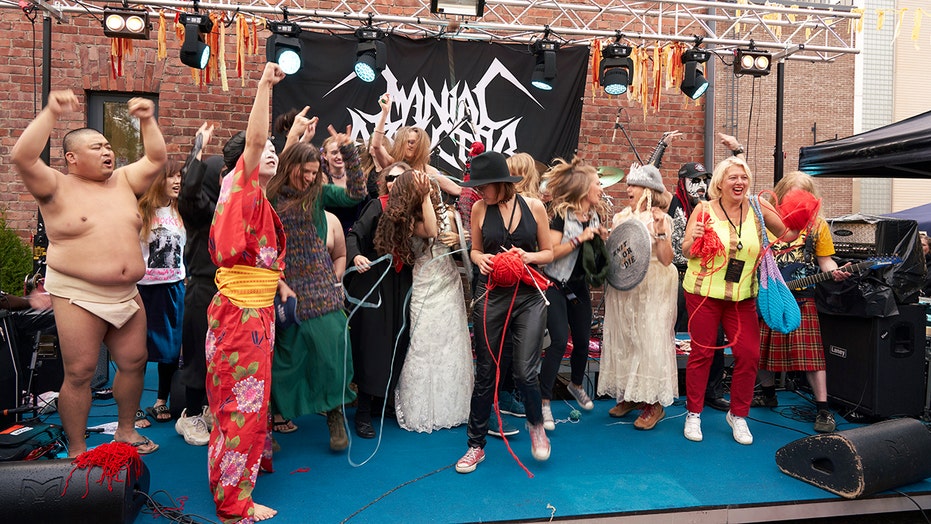 In the world of bizarre competitions, it probably doesn’t get much stranger than the first-ever Heavy Metal Knitting World Championship that took place Thursday in Finland.

The task was simple: Showcase your knitting skills while jamming out to heavy metal music.

“It's ridiculous but it's so much fun,” said Heather McLaren, an engineering Ph.D. student who traveled to Joensuu, Finland, from Scotland for the competition. “When I saw there was a combination of heavy metal and knitting, I thought ‘that's my niche.’”

The competition drew about 200 people, including heavy metal fans in a country where the musical genre is very popular.

“In Finland, it's very dark in the wintertime, so maybe it's in our roots. We're a bit melancholic, like the rhythm,” Mark Pyykkonen, one of the judges of the competition, said.

Participants in the competition came from nine countries, including the U.S., Japan, and Russia.

It was the five-person Japanese group named Giga Body Metal who won the title. The team put on a show featuring sumo wrestlers and a man dressed in a kimono.

Schut, a 35-year-old nurse from Michigan, performed in the competition with her 71-year-old mother and 64-year-old family friend Beth Everson.

And don’t worry, if you missed out on this year’s competition, the organizers have already announced plans for the second world championship next summer.