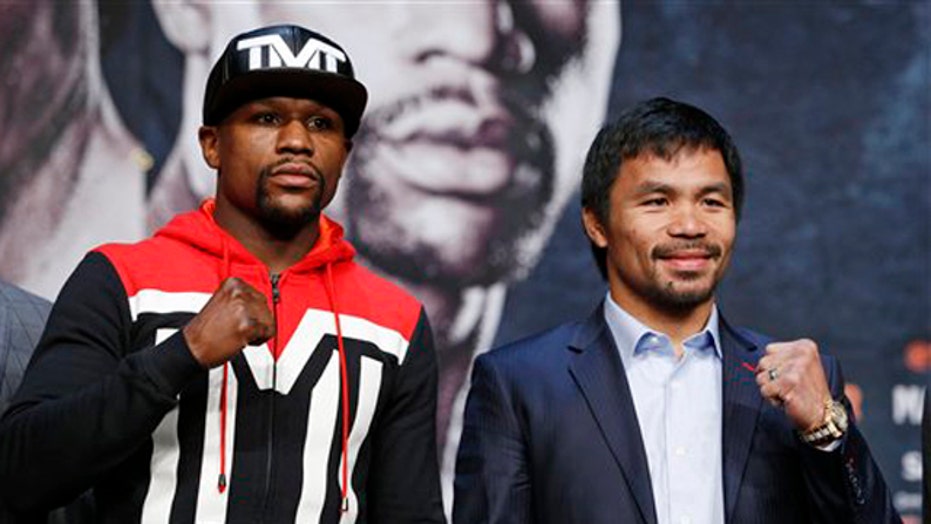 The 'fight of the century' is big business

Las Vegas, Nevada – After years of hype and anticipation, Floyd Mayweather and Manny Pacquiao are stepping into the ring Saturday to see who’s the best fighter in the world.

The "fight of the century" is bringing hundreds of thousands of fans and partygoers to Las Vegas – and they are bringing their wallets.

“Non-gaming revenue is going to go up, food and beverage, it’s good for the taxi drivers, the bartenders, the servers,” said Scott Sibella, the president and COO of the MGM-Grand, where the bout is being held. “Everybody in Las Vegas will benefit this weekend because of this fight.”

It’s impossible to predict exactly how much revenue the Mayweather-Pacquiao fight will generate, but the Las Vegas Convention and Visitors Authority (LVCVA) told Fox News Latino that ticket holders spent over $11 million outside the arena during Mayweather’s last two fights, both of which were against the Argentinian fighter Marcos Maidana.

The LVCVA expects the fight and other weekend events including the Kentucky Derby, which attracts a huge audience of gamblers to the sports books in town, to bring in over $150-million dollars to the city throughout the weekend.

Las Vegas’ 150,000 hotel rooms are expected to be nearly sold-out at prices from two to five times higher than normal.

At the MGM Grand, a room will cost upwards of $1,600 on Friday or Saturday night. That’s a record rate, nearly double what each room sold for during Mayweather’s 2014 rematch with Maidana.

757,000 airline seats are scheduled to fly into Vegas’ McCarran International Airport before the fight, a 5-percent increase from the same weekend last year. And, airlines are scrambling to accommodate even more passengers.

“In just the past few days we have heard from airlines that they are up-gaging their aircraft – which means increasing the number of seats per aircraft coming into the market,” McCarran spokesperson Christine Crews said.

Fox News caught up with one lucky lady from Florida with a $5,000 ticket to the fight. She beat the crowds and arrived earlier in the week.

Only 16,000 ticket holders can get into the arena to see the fight live.

Some of the tickets are going for $350,000 on websites like StubHub.com.

“It is a humongous buzz,” said Brian McDowell, a Wisconsin tourist. “It’s amazing just to see that a sporting event could take on this kind of magnitude.”