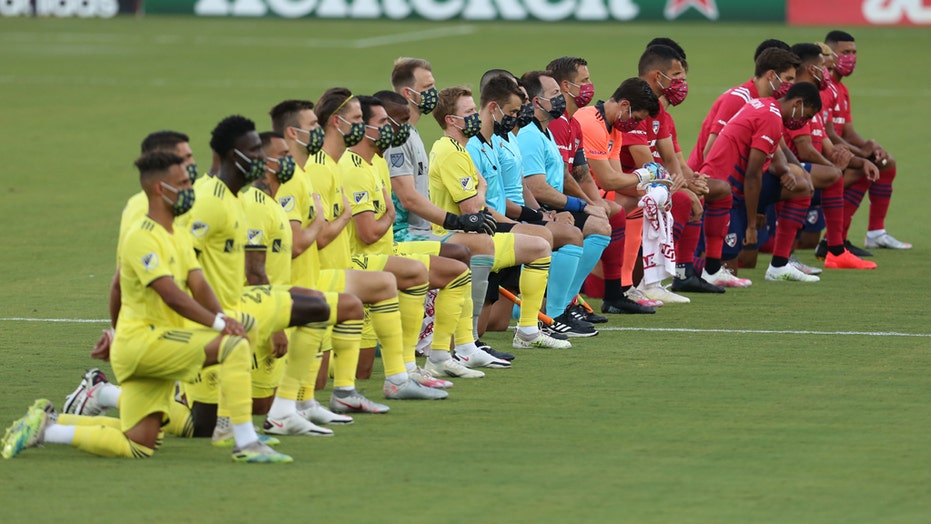 FC Dallas defender Reggie Cannon lashed out at fans who booed as his teammates and Nashville SC players knelt during the national anthem ahead of their Wednesday night matchup.

Cannon told reporters he was baffled that fans in Toyota Stadium – the home of FC Dallas – were booing as players knelt in protest of racial injustice and police brutality.

PORTLAND BEATS ORLANDO 2-1 TO CLAIM MLS IS BACK CHAMPIONSHIP

“I think it was disgusting. I think it was absolutely disgusting,” Cannon said, according to MLSSoccer.com. “You got fans booing you for people taking a stand for what they believe in. Millions of other people support this cause and we discussed with every other team and the league what we’re going to do and we’ve got fans booing us in our own stadium. How disgraceful is that? Honestly, for lack of a better word, it pissed me off. ... You can’t even have support form your own fans in your own stadium. It’s baffling to me.”

The national anthem was being played because fans were back in attendance for the first time since the league shut down over the coronavirus pandemic. MLS Commissioner Don Garber said last weekend the song would be played after it was not played in the MLS is Back tournament.

Cannon, who is a U.S. national team member, said Nashville and the league were informed that players were going to kneel whether the anthem was played or not. Cannon said the reaction was upsetting.

“As a team, we try to give the best possible product on that field and these last six months have been absolute hell for us," Cannon said. "And the opportunity presented itself to play tonight and unfortunately, we’re mad and upset not to get the win but I was pissed. Everyone around me was pissed.

“Ryan Hollingshead, the first thing he said to me after we got up from the knee he said 'I'm sorry.' I’m sorry for our fans because we had someone chanting 'USA' when they don’t understand what keeling means, they don’t understand why we’re kneeling,'" Cannon continued, "they can’t see the reason, they just think we’re the ignorant ones and it’s incredibly frustrating.

"And I’m sorry to have this tone but you have to call it for what it is. I even know when we decided to kneel I knew it was going to happen. That should tell you something, I knew we were going to have some negative pushback from having a unified response over what’s going on. That’s the problem, that’s a problem.”

Nashville came away with the victory, 1-0.