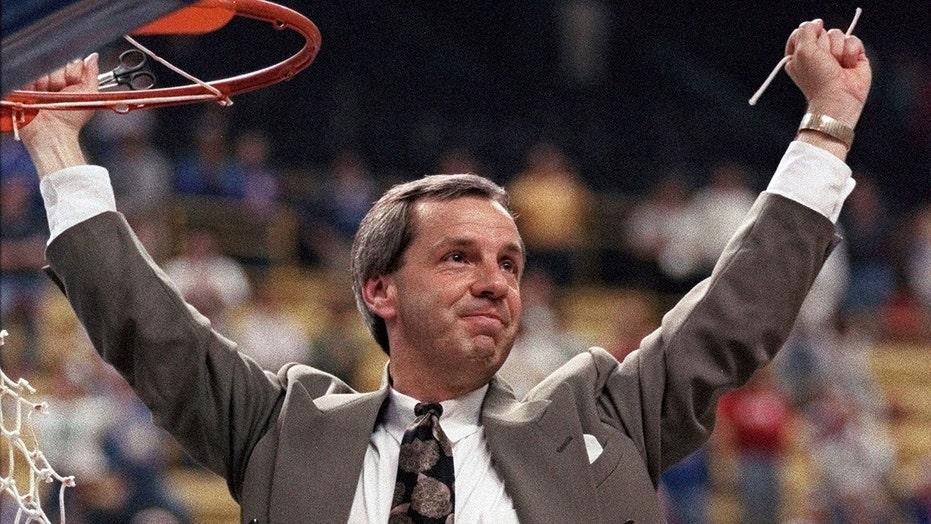 A Hall of Famer with three national championships and a familiar face at the Final Four, it would seem Roy Williams was destined for big things in basketball.

The way the North Carolina coach tells it, a lot of credit goes to a future baseball leader who really went to bat for him.

Williams paid tribute Wednesday to Gene Budig, a day after the former American League president and head of three major universities died at 81.

“He was the guy that gave Roy Williams a chance,” Williams told The Associated Press. “He made it OK for the athletic director to hire this no-name assistant coach from North Carolina as the head basketball coach at the University of Kansas.”

“Every day I understand if he hadn’t been tough enough and comfortable enough, Roy Williams may never have gotten a start to be a head coach in college basketball,” he said.

A chancellor at Kansas and president at West Virginia and Illinois State, Budig became the AL president in 1994.

Williams recalled visiting Budig at his residence at Kansas and telling the coach he was on the verge of being hired as either the AL or National League president.

“I thought he was crazy,” Williams said, laughing.

Williams remembered joining Budig to throw out the first balls before a home game for the Charleston RiverDogs, a Yankees affiliate in the Class A South Atlantic League. Budig became a part-owner of the team when he moved to South Carolina in 2007.

“He was a baseball guy deep down,” Williams said.

Williams and Budig were among a group that included many present and former college and high school coaches in basketball and football who regularly met for breakfast in the Charleston area.

“Chancellor Budig, I still call him chancellor. I never called him Gene a single time in my entire life. It was out of respect. I really respected te man, the person who he was,” the 70-year-old Williams said.

“He was a kind man, but a strong man,” Williams said.

That certainly was to Williams’ benefit when Kansas, which had just won the 1988 national title with star Danny Manning, need to hire a new coach in the wake of Larry Brown leaving for the NBA’s San Antonio Spurs.

“He did that against a lot of people who were being very negative about the whole thing,” Williams said.

The night before the official hiring, in fact, some prominent Kansas donors went to see Budig at his home. They wanted a high-profile coach and told Budig it would be a huge mistake to hire Williams.

Budig calmly listened, told them there would be an announcement the next day and then “sort of let them walk out the door,” Williams said.