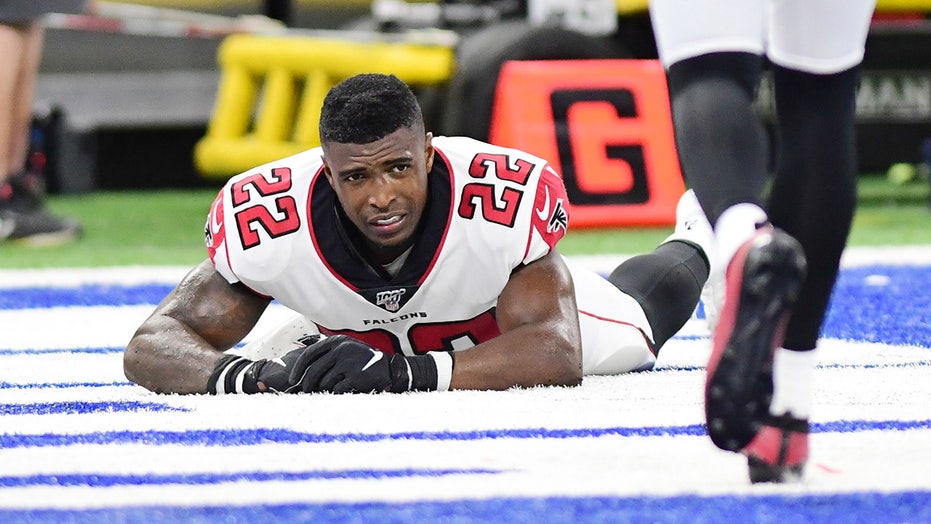 Atlanta Falcons safety Keanu Neal suffered a devastating injury during his game against the Indianapolis Colts on Sunday and while he writhed in pain he was slapped with a penalty for removing his helmet.

Neal suffered an Achilles injury in the second half against the Colts. He was seen taking his helmet off in clear pain and was flagged for unsportsmanlike conduct because of the helmet removal. The Colts accepted the penalty.

Neal was hurting in the end zone and was in tears as he limped off the field and onto a cart. He was later diagnosed with a torn Achilles, abruptly ending his season just three games in.

It is another heartbreaking blow for Neal, who suffered a torn ACL in the Falcons' first game of the season last year.

ANTONIO BROWN FINDS SUPPORT FROM TERRELL OWENS: 'I WOULD LOVE TO TALK TO HIM'

The 24-year-old defensive back was selected to the Pro Bowl in 2017. He started all 16 games that season, recorded 113 total tackles and had one interception.