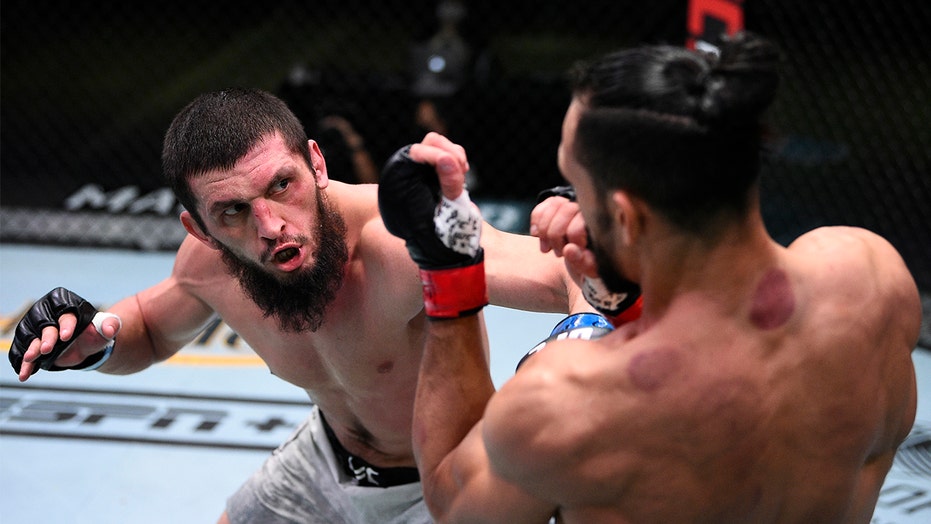 The 25-year-old Russian fighter posted an Instagram story calling the 18-year-old suspect a “hero of Islam,” asking that “Allah approve your jihad,” according to Bloody Elbow.

French authorities have detained 11 people and are investigating dozens more after Samuel Paty, 47, was beheaded in the northwest of Paris on Friday. Police say he had discussed caricatures of Islam’s Prophet Muhammad with his class, prompting several threats against him.

The attacker, who had been living in France after being granted 10-year residency as a refugee in March, was later shot dead by police. Investigators say he was armed with a knife and airsoft gun. Prosecutors also allege that a text claiming responsibility and photo of the victim were found on the attacker’s phone.

The UFC said in a statement to Bloody Elbow on Monday that Imadaev “was released from his contract earlier this summer and is no longer a member of the promotion’s roster.”

Imadaev has lost all three of his UFC matches, with the most recent loss coming against Michael Pereira on Sept. 5. He’s made headlines after he slapped Pereira during their face off before the fight.