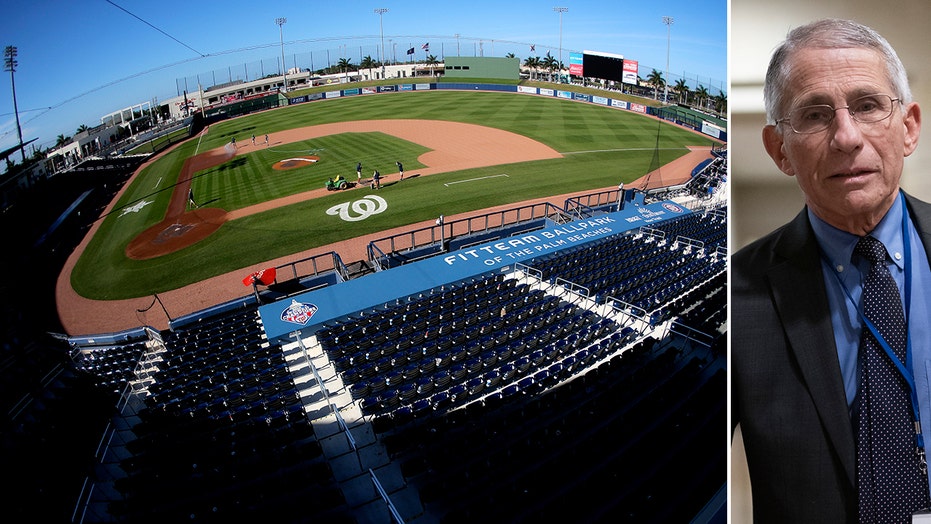 Dr. Anthony Fauci, member of the White House coronavirus task force, joins 'Fox &amp; Friends' with an update on COVID-19 testing and spread in the U.S.

A relative of former NFL running back Michael Pittman reportedly tested positive for coronavirus and is in a coma in critical condition after contracting the virus.

The unspecified family member contracted the virus last week, ESPN reported. Pittman’s relative had been in the hospital since last week. Pittman is asking for prayers as his family goes through a tough time.

Pittman, 44, was a standout running back for the Tampa Bay Buccaneers from 2002 to 2007. He won a Super Bowl with Tampa Bay during the 2002 season when the team beat the Oakland Raiders. He also played for the Arizona Cardinals and Denver Broncos before retiring after the 2008 season.

His son, Michael Pittman Jr., was a standout wide receiver at USC. He recently went through the NFL Scouting Combine and is hoping to be drafted if and when the league holds it this year.

The coronavirus outbreak has forced the suspensions of the NBA, NHL and MLS seasons. MLB pushed the start of its season back by at least two weeks. The NCAA canceled its men’s and women’s basketball tournaments along with the entire spring sports schedule.