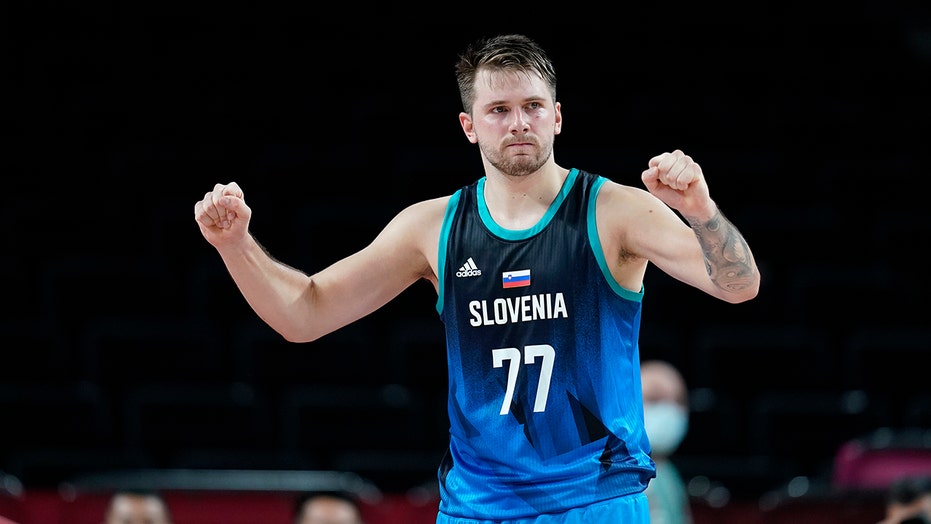 Luka Doncic will take his unbeaten record with Slovenia straight to the Olympic quarterfinals.

Doncic just missed the first triple-double in the Olympics in nine years and the Slovenians edged Spain 95-87 on Sunday in a tense and important final game of men's group play.

Doncic had foul trouble early and shooting struggles all night but finished with 12 points, 14 rebounds and nine assists, one shy of the first triple-double since LeBron James had one for the U.S. in 2012.

But Doncic got the win, just as he has in every game he's played in competition for the Slovenians.

This victory gave them the top seed from Group C and guaranteed they won't have to play either the U.S., France or Australia in the quarterfinals on Tuesday.

Spain will, putting its streak of three straight Olympic medals in jeopardy.

Ricky Rubio scored 18 points for Spain, but missed a 3-pointer that would have tied it at 90 before Slovenia finished it out.