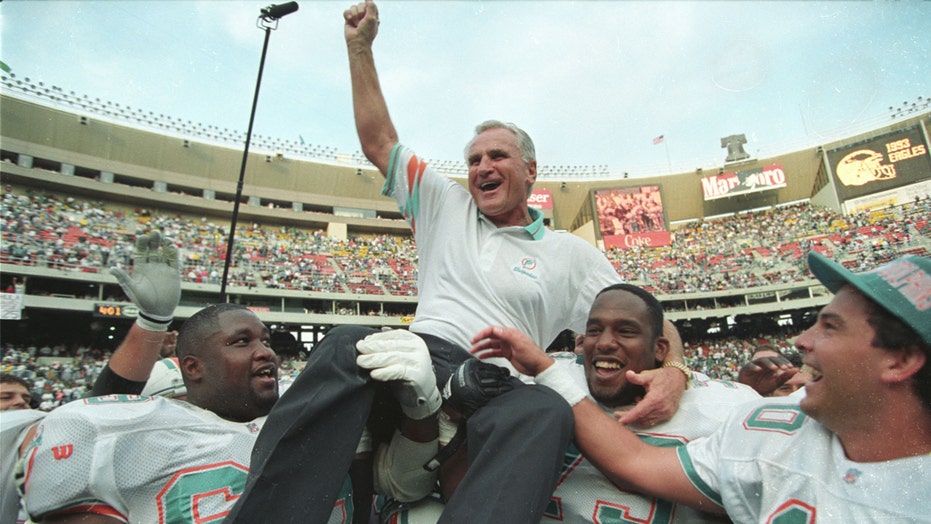 Don Shula, the legendary NFL head coach who led the Miami Dolphins to two Super Bowl titles, died at the age of 90, the team announced Monday.

Shula was the first coach to lead a team to an unbeaten regular season and the only coach to stay unbeaten through the Super Bowl. He also led the Baltimore Colts to an NFL Championship.

As news of Shula’s death surfaced, tributes began to pour in for the head coach.

NFL Commissioner Roger Goodell led the way with his statement:

“Don Shula will always be remembered as one of the greatest coaches and contributors in the history of our game. He made an extraordinarily positive impact on so many lives. The winningest coach in NFL history and the only one to lead a team to a perfect season, Coach Shula lived an unparalleled football life. As a player, Hall of Fame coach, and long-time member and co-chair of the NFL Competition Committee, he was a remarkable teacher and mentor who for decades inspired excellence and exemplified integrity. His iconic legacy will endure through his family and continue to inspire generations to come. We extend our heartfelt sympathy to Don's wife Mary Anne along to his children Dave, Donna, Sharon and Mike, the Shula family, and the Dolphins organization.”

NFL NIXES ALL INTERNATIONAL GAMES FOR 2020 SEASON OVER CORONAVIRUS PANDEMIC

The Dolphins put out their own statement, confirming Shula’s passing.

Dallas Cowboys owner Jerry Jones called Shula an “iconic figure in the history of the game.”

Before getting into coaching, Shula was a defensive back in the NFL. He played the 1951 and 1952 seasons with the Cleveland Browns. He spent 1953 to 1956 with the Colts and then 1957 with the Washington Redskins. In his career, he had 21 interceptions.

He finished his career as a four-time NFL Coach of the Year and holds the record for most wins ever by a head coach with 328. Bill Belichick has the active record, with 273 wins as an NFL head coach.