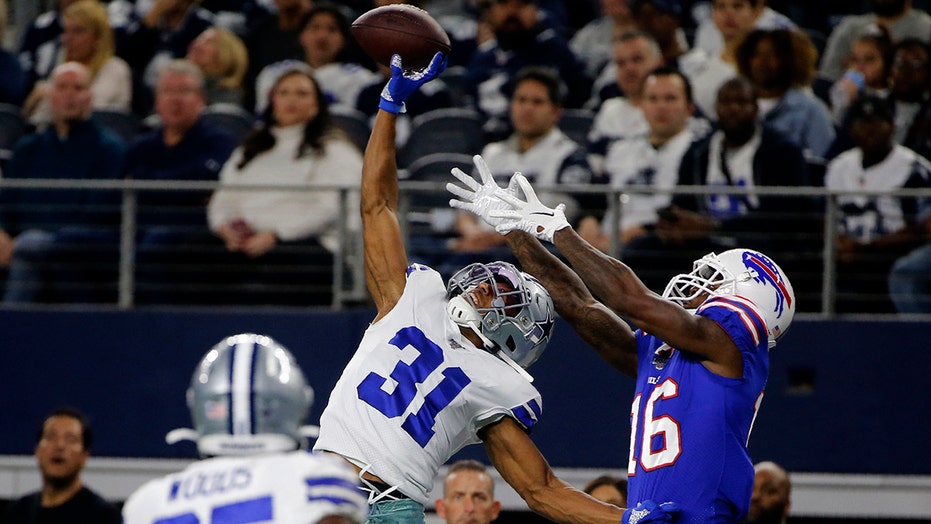 After months of hoarding resources for rebuilding, the Miami Dolphins finally started spending Monday when they sealed deals with four likely starters in the early hours of free agent negotiations.

It was the sort of splurge made possible by a roster dismantling a year ago, which left the Dolphins as the NFL leader in salary cap space when talks with free agents began Monday. They also have five picks in the first two rounds of next month's draft, offering further chances to upgrade a team that went 5-11 last year and hasn't won a playoff game since 2000.

Jones agreed to a five-year contract worth more than $76.5 million, a person familiar with the negotiations said. The person confirmed the deal on condition of anonymity because the signing period doesn't begin until Wednesday.

The agreement surpasses the contract the Dolphins gave Howard last May when he signed the most lucrative deal ever for a cornerback.

It’s uncertain whether Jones will replace or be paired with Howard, who has had at least one operation on each knee, most recently in December.

Jones has only two career interceptions and none since 2017, but he has missed just one game in his five NFL seasons, all with Dallas. He was a first-round pick by the Cowboys in 2015 and made the Pro Bowl in 2018.

He started the past three seasons for New England and totaled 15½ sacks, including a career-high 6½ last year, which would have led Dolphins. They finished last in the NFL with 23 sacks.

Lawson, who also had a career-high 6 1/2 sacks last year, agreed to a $30 million, three-year contract, a person familiar with the negotiations said. The contract could be worth up to $36 million, and $21 million will be guaranteed.

Lawson spent his first four NFL seasons with the Buffalo Bills, who made him a first-round draft pick in 2016.

Flowers is a Miami native who played college football for the Hurricanes.

“Looking forward to winning a lot of games in my city!!” he tweeted.

Flowers was a first-round draft pick by the New York Giants in 2015 and started 46 games at tackle for them in his first three NFL seasons.

He started all 16 games last year for Washington, splitting his time between guard and tackle.