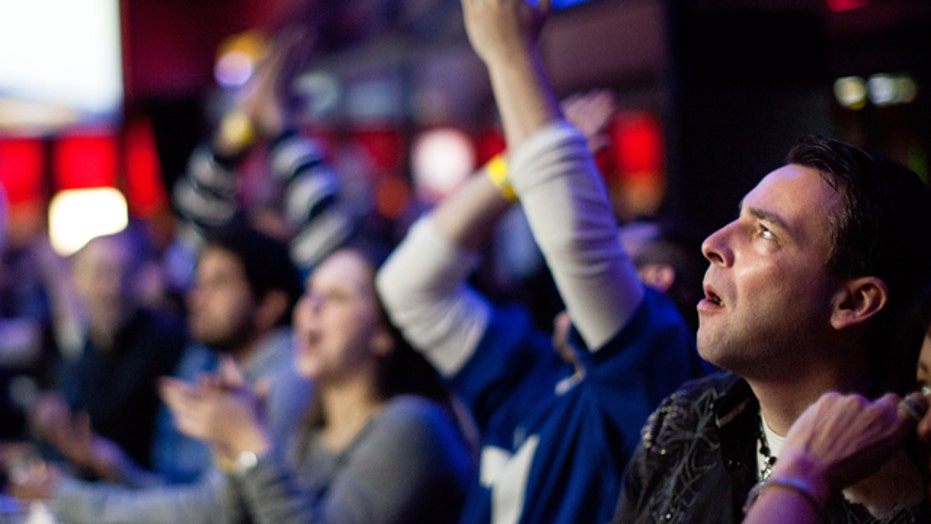 Thousands of seats still up for grabs for Super Bowl

Scalpers concerned about low profits compared to past years

Super Bowl XLVIII in northern New Jersey is being billed as the first “mass transit” NFL championship, but not everyone is cramming onto buses and trains to get to the big game. For well-connected sponsors and corporate executives, the trip to fancy seats and tony suites will be as extravagant as the game experience itself.

Of the event’s 29 official host committee sponsors, including industry titans like Bank of America, Hertz and Verizon, none contacted by FoxNews.com divulged plans on how its bigwigs are traveling to East Rutherford, N.J. New York-based global investment firm BNY Mellon, which typically operates ongoing corporate flights from Pittsburgh to the New York City metropolitan area, isn’t even using the friendly skies this weekend.

“The jet won’t be coming into Teterboro,” a BNY spokesman told FoxNews.com, referring to the Bergen County, New Jersey, airport operated by the Port Authority of New York and New Jersey. “The corporate jet is not being used this weekend at all.”

So, which way do they go now?

Approximately 5,000 unlimited-use passes on NJ Transit — the nation’s third-largest commuter rail system — valid on rail, light rail and bus lines from Jan. 27 to Monday have been sold for $50 apiece as of Friday, NJ Transit spokeswoman Nancy Snyder told FoxNews.com. Expanded service on rail and bus lines have been operating since Wednesday and will continue until after the game.

“We’ve prepared for the Super Bowl for the past two years now,” Snyder said. “There will be chances of longer wait periods and some crowding based on customers’ patterns to and from the event, but we have a long history of accommodating customer travel to previous concerts, sporting events and entertainment events.”

Enhanced security measures will also be in place ahead of the game, but Snyder declined to specify what actions would be taken, citing public safety issues.

“We’re monitoring everything,” she said.

The Port Authority of New York and New Jersey, which operates bridges and tunnels between New York and New Jersey, has reportedly added trains to its PATH service between Newark, Jersey City, Hoboken and Manhattan since Monday, The Associated Press reports. Port Authority officials did not return messages seeking comment from FoxNews.com on Friday.

For fans opting to drive, reservations for parking spaces at MetLife Stadium, where fewer than 15,000 of the normal 28,000 parking spaces were made available for $150 each, were sold out as of midday Friday, according to the official Super Bowl XLVIII parking and transportation website. Parking passes for limousines, mini-buses and motor coach were also sold out.

Demand for private, hired rides to the stadium by local car companies was tepid as of Thursday, with "plenty" of vehicles available, beginning at roughly $50 per one-way trip plus tolls and tip.

"Not too high," one dispatcher wrote FoxNews.com in reference to overall demand for Sunday service. "We have plenty available."

The NY/NJ Super Bowl Host Committee also offered nonrefundable, round-trip bus rides for $51 from 10 locations throughout New York and New Jersey, including pickups in Newark and the Waldorf Astoria. The so-called Fan Express buses, which will hold about 50 passengers each, were also sold out as of Friday, according to its website.

Overall, two-thirds of all fans expected at the 82,566-seat stadium — or nearly 55,000 people — are expected to use public transportation to reach sport’s biggest spectacle outside the Olympics, according to host committee spokeswoman Alice McGillion.

Poor weather, meanwhile, is no longer expected to be a major issue, as forecasts call for a high of 49 degrees and a low of 31, with a shower possible.