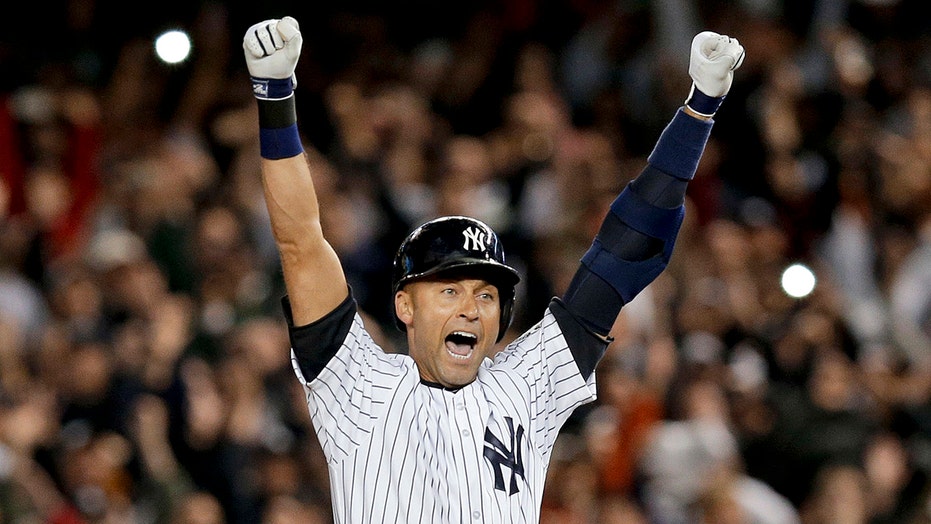 Derek Jeter led the nearly two dozen newcomers on the 2020 Baseball Hall of Fame ballot that was released Monday as he looks to become the newest former New York Yankees star in Cooperstown.

Jeter, now the current Miami Marlins CEO, is thought to have the best shot to be selected into the hallowed halls unanimously. The 14-time All-Star shortstop played 20 seasons with the Yankees, won five World Series titles, had a career batting average of .310 and recorded 3,465 hits.

New York Yankees' Derek Jeter (2) reacts after hitting a fly-out during the fourth inning of a baseball game against the Minnesota Twins at Yankee Stadium in New York, Wednesday, April 18, 2012. (AP)

More than 400 Baseball Writers Association of America members with at least 10 consecutive years in the organization are set to vote on which candidates make it to the Hall of Fame. A player must receive at least 75 percent of the vote. Ballots are mailed in by Dec. 31 and the nominees are announced Jan. 21

Players can remain on the ballot for up to 10 years as long as they receive more than 5 percent of the vote annually.