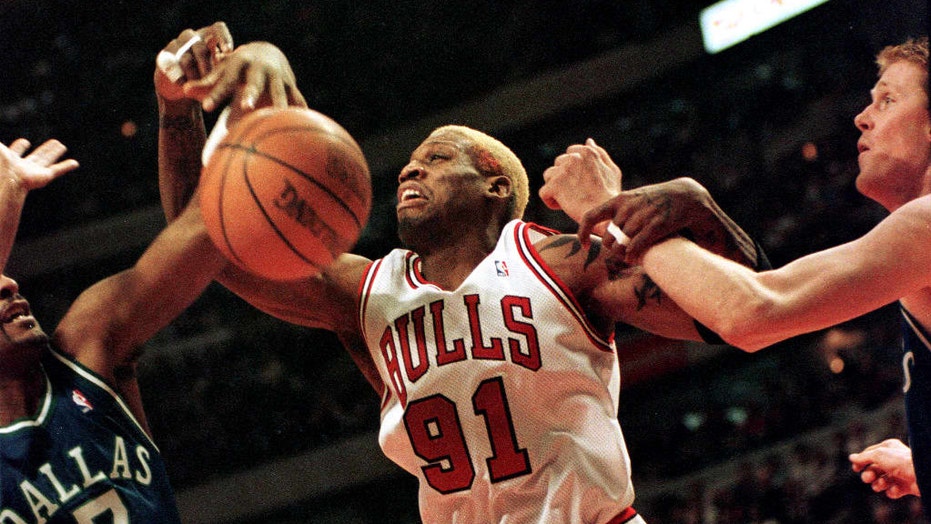 Dennis Rodman’s antics off the court during his time with the Chicago Bulls were briefly chronicled during “The Last Dance” documentary.

On Sunday, the film touched on Rodman skipping Bulls practice during the 1998 NBA Finals to attend a World Championship Wrestling event. He appeared in an episode of “Nitro” alongside Hulk Hogan, Eric Bischoff and other members of the New World Order stable.

DENNIS RODMAN: 5 THINGS TO KNOW ABOUT THE FORMER BULLS STAR

Rodman explained why he took a so-called “detour” to Michigan for the show in the middle of what eventually was the team’s final season together.

“I wasn’t trying to do anything,” Rodman said during the episode. “I was just trying to play basketball, party, da da da, f--k all the girls. Just be me, Dennis. I think Phil [Jackson] realized that I needed to always do me, just go do what I do. ... They’re gonna get 100 percent when I’m on the court.”

MICHAEL JORDAN 'DIDN'T WANT ANYONE THINKING THEY BELONG ON THE COURT' WITH HIM, DANNY AINGE SAYS

The WCW issue flared up months after Jordan had to pull Rodman out of a Las Vegas hotel room as “The Worm” was on his vacation.

Rodman would return to the Bulls and Chicago would defeat the Jazz in six games.

The NBA great would also launch a brief stint in WCW and team up with Hogan for an on-screen rivalry against Karl Malone and Diamond Dallas Page.