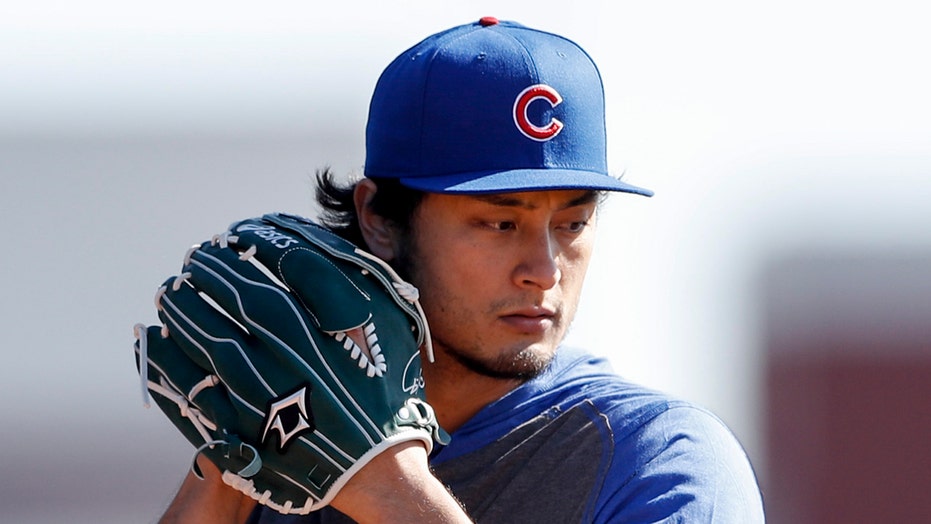 Yu Darvish got hit hard by the Houston Astros during the 2017 World Series -- both his ERA and reputation took quite a beating.

On Sunday, after a bullpen session for the Chicago Cubs, he sought to settle the score a bit. He said the Astros, their sign-stealing scheme exposed, should be stripped of their title.

“Like the Olympics, when a player cheats, they can’t have a gold medal," the Japanese-born star said. "But (Houston) still has a World Series title. It does make me feel weird. That’s it.”

The 33-year-old pitcher became the latest player to criticize the Astros. But Darvish said he wasn’t actually “angry” about the sign-stealing scandal that resulted managers AJ Hinch, Alex Cora and Carlos Beltran losing their jobs.

Pitching for the Los Angeles Dodgers, Darvish lasted only 1 1/3 innings in both of his 2017 World Series appearances. He was tagged for four runs and six hits in Game 3 at Minute Maid Park in Houston, then the four-time All-Star lost Game 7 at Dodger Stadium.

Darvish wound up with a 21.60 ERA in his two starts. The poor results led many to question whether Darvish was tipping his pitches, or not up to the challenge or just wasn't very sharp.

"I know they were stealing signs, but at the same time, I was not good during the World Series," Darvish said. "I'm better for what I went through. But, yeah, everyone is wondering about (their numbers) pitching against them."

Darvish also referenced the back and forth between former Dodgers teammate Cody Bellinger, the reigning NL MVP, and Astros star Carlos Correa. Darvish said the Astros should be more “apologetic.”

“So they cheat, I think, right now, they don’t have to talk. They shouldn’t talk like that,” Darvish said.

He said he's been getting harassed on Twitter by Astros fans posting images of the racist gesture Yuli Gurriel made at Darvish after homering off him in Game 3. Major League Baseball suspended Gurriel for the first five games of the 2018 season.