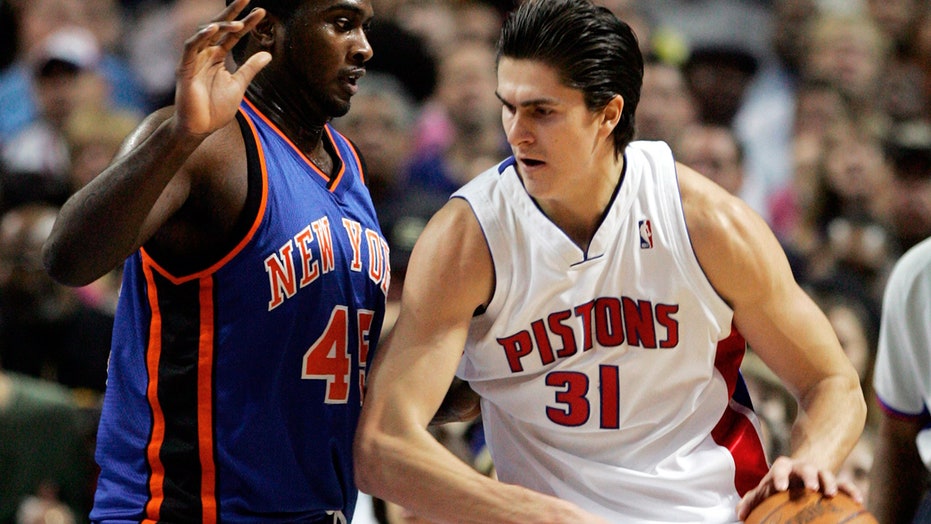 Darko Milicic, who the NBA's  Detroit Pistons selected with the No. 2 pick in 2003, after LeBron James and before Carmelo Anthony, Chris Bosh and Dwyane Wade, is considered one of the biggest draft busts in league history

Milicic, who was just 18 when he was drafted, had an unremarkable 10-year career and is now best known as a trivia question. But a new picture of him surfaced on social media Monday showing the 7-footer back on the court and looking bulkier than the 250 pounds he carried in the NBA.

Milicic, now 34, had been out of basketball for seven years before he signed with a Serbian team in his hometown of Novi Sad in September. According to Yahoo Sports, the team plays in the Second Men’s Regional League.

He reportedly scored two points in the game before exiting with a shoulder injury.

Milicic debuted with the Pistons during the 2003-04 season and only played 96 games for them before he was traded to the Orlando Magic during the 2005-06 season.

He bounced around the NBA before leaving the U.S. for good after the 2012-13 season.

A year after leaving the NBA in 2013, Milicic took up kickboxing and had at least one fight in Serbia. He lost via TKO to Radovan Radojcin in the second round.