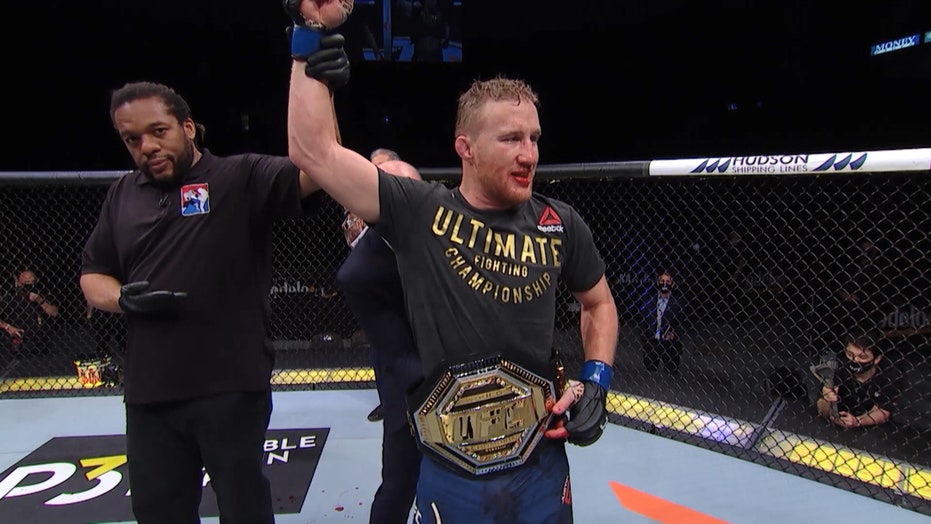 The spotlight couldn’t have been brighter for the UFC and President Dana White.

“The media's hammered me every day, you know, about how dangerous, reckless this is, [saying] people are going to die,” White said, reflecting back on his decision in May to host UFC 249 in Jacksonville, Fla.

While the NBA, MLB, NHL, and other professional sports leagues suspended their seasons indefinitely back in March due to the virus, the UFC was pushing forward with a plan to get back in the octagon and all eyes were watching to see if it would be a success or end in disaster.

The fight, originally scheduled for April before being pushed back to May 9, marked the first major sporting event to restart in the U.S. amid the pandemic -- nearly two months after the country shut down and professional sports leagues around the world suspended their seasons.

“You know, the answer can never be, there is no solution. Let's all just hide in our houses until the government tells us we don't need to hide in our house anymore. That's just not the way I'm built,” White told Fox News.

The UFC created its own COVID19-free bubble, similar to what the NBA later adopted for its plan when the league resumed play in July, albeit on a much smaller scale, where athletes were routinely tested and quarantined in a hotel leading up to the fights.

White even figured out a way to skirt around travel restrictions imposed because of the virus by creating “UFC Fight Island” in Abu Dhabi to host international showdowns.

“You know, you have to figure this out, figure out how to make this thing safe. Figure out how to get your employees and your players into a place where you guys can put on the games safely,” he said.

Since the pandemic, the UFC has put on 27 fights, including pay-per-view fights and White’s TV show “The Contender Series.”

While the NBA, MLB, NHL, and NFL are all back in action, UFC continues to surprise in the ratings.

UFC 252 preliminaries bouts on August 15 crushed its competition, averaging 831,000 viewers and peaked at 1.2 million, while a boxing card on Showtime averaged 169,000 viewers and a Top Rank boxing match that featured separate fights from Michael Conlan and Carl Frampton averaged 264,000, according to Yahoo Sports.

ESPN, which broadcasted the UFC 252 preliminary fights, ranked No. 1 among cable networks in the time slot among key demographics including adults 18-34, 18-49, and 25-54, Yahoo Sports reported. This was during the same day the Portland Trailblazers beat the Memphis Grizzlies to earn a playoff spot on ABC, Major League Baseball aired on Fox, and the third round of the PGA Tour took place on CBS.

“I hate to say this because so many people are going through such hard times right now, but the UFC is killing it right now. We're doing really, really well,” White told Fox News, attributing the success to being the first sport to get back to action. “I think that because we were first and because we got so much attention, I think that a lot of people that hadn't watched before tuned in and started watching.”

But White is far from satisfied, as he looks to expand the UFC’s global presence and eventually pull off the world’s biggest fight.

“We’re already a global sport, but I want this in every country on television everywhere, and eventually pull off the biggest fight the world has ever seen,” White told Fox News.

That fight is coming soon, he said.

“I always dreamed of a day where I would put on a fight that the world would care about and they could all watch it on the same channel," Whitge said. "You wouldn't have to go out and cut 35 different television deals and all these different countries. Right now, that's a reality -- every year streaming gets better and better and better."

The fight would be a matchup between two international stars, said White, that are the level of a Conor McGregor and Khabib Nurmagomedov.

Amazon Prime and the UFC already have a deal to stream fights. White also has a reality series on YouTube called “Lookin’ For a Fight. While Fox Sports, NBC Sports and ESPN all have streaming services, they are limited to the US and have international restrictions.

As the UFC’s audience grows so does its influence.

Earlier this month, White called President Donald Trump to ask for his help in saving the life of Iranian wrestler Navid Afkari, who faced the death penalty after being accused of killing a water supply company employee in the southern city of Shiraz.

“He was all over it. He said, you know, we have no recourse with them, there are already sanctions. I don't know what we can do. Let me look into this and see what I can do,” White told Fox News. “He immediately put out a tweet asking, you know, the [Iranian] government and then they did some stuff at the White House to try to save his life.”

Despite Trump asking for the Afkari’s life to be spared, Iran carried out the execution.

“We gave it a shot. We tried. And, you know, hopefully before it happened, he knew that people were trying to save his life,” White said.

White, who has been friends with the president for 20 years, said people often don’t see the compassionate side of Trump.

“I tell everybody, if you knew the guy that I know, the guy that I've known for 20 years, he'd win by a landslide. I mean, listen, the president is a tough guy. talks tough. You know, his personality might not be for everyone. Neither is mine. But he definitely doesn't get the credit that he deserves for a lot of the good things that he's done,” White said, adding that “you’ll never meet a more loyal, hard-working guy who truly cares about this country and wants the best for everybody in this country.”