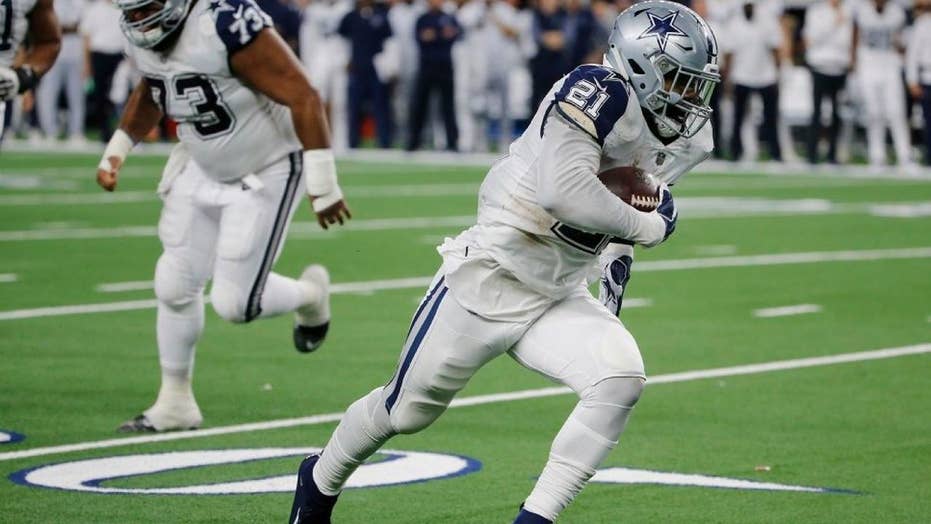 Cowboys star Ezekiel Elliott blasts the NFL after they fined him more than $13,000 for dropping a $21 donation into a Salvation Army kettle after scoring a touchdown during the team’s Thanksgiving Day victory over the Washington Redskins.

The Dallas Cowboys’ reportedly offered Ezekiel Elliott a new contract that would make the star the NFL’s second-highest-paid running back.

Werder did not say how much the offer was.

Elliott, the two-time NFL rushing champion, and the Cowboys have been embroiled in ongoing contract extension talks.

The fourth overall choice in the 2016 draft, Elliott is due to make $3.9 million this season and $9.1 million in the fifth year, which was a team option since the former Ohio State star was a first-round pick. He has not participated in the Cowboys training camps amid the ongoing negotiations and was snapped golfing in Mexico.

The Cowboys can fine Elliott $40,000 per day, and Elliott risks losing a season that would count toward free agency if he doesn't report at least 30 days before the Sept. 8 season opener at home against the New York Giants.