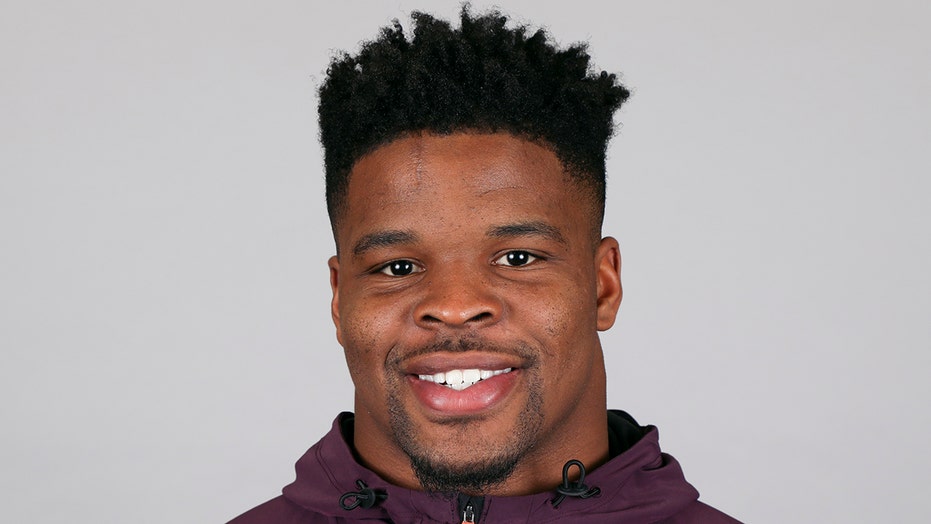 A San Francisco 49ers draft pick was thanked in a series of tweets after a father revealed Saturday that the linebacker put his dreams on the line to save his daughter during a party at the University of Arkansas four years ago.

Dre Greenlaw, a 21-year-old fifth-round pick, was an underage freshman attending a “kegger” where Gerry Dales said his daughter had become incapacitated. An unfamiliar man “slipped something in her drink,” he claimed in a tweet.

“And when that guy tried to steer my daughter out the front door, [Greenlaw] stopped the guy and said, ‘She's not going anywhere,’" Dales wrote.

Arkansas linebacker Dre Greenlaw was drafted in the 5th round by the San Francisco 49ers. (Logan Bowles via AP)

Dales said he always wanted to thank Greenlaw for his good deed but didn’t want to make it public because of the player's age at the time.

“He was a starter on the Razorbacks. His place was not secure. He was underage and at a kegger. He wasn't drinking, but if there was a fight he was risking getting thrown off the team. In some ways, he was risking everything,” he continued.

The football player has acknowledged Dales’ story, retweeting a couple of the father’s tweets, but the linebacker has yet to formally provide a comment on the incident.

Greenlaw ended his college career with 321 tackles, 13 tackles for loss, four sacks and three interceptions for the Razorbacks, according to the 49ers' website. He was also team captain his senior year. Greenlaw was the 148th overall pick in the 2019 NFL Draft.