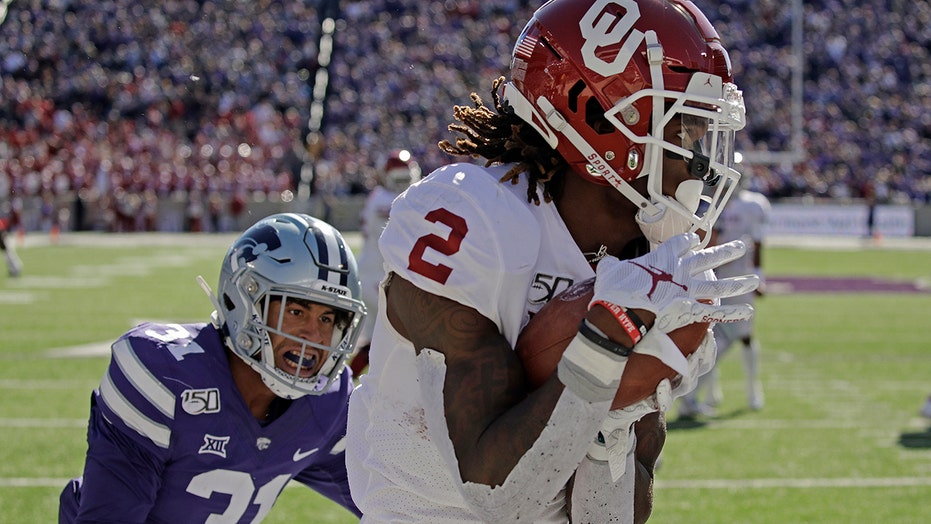 The Dallas Cowboys were in the right place at the right time last week in the first round of the NFL Draft.

Dallas was able to add another offensive weapon with the selection of Oklahoma wide receiver CeeDee Lamb at No. 17. Lamb being available at that point was even surprising to Stephen Jones, the team’s executive vice president. Jones told ESPN he wasn’t sure if Lamb was going to be there.

The former Sooners star caught 62 passes for 1,327 yards and 14 touchdowns in his senior season. He was the third receiver taken off the board behind Henry Ruggs III and Jerry Jeudy.

Lamb will be lining up on the opposite side of Amari Cooper on game day. Jones expressed hope that the offense would be more dynamic than it was last season.

“I think we've got a very unique offense put together between having a really good offensive line, a tight end that can stretch the middle of the field, the three receivers and then [Ezekiel Elliott] in the backfield and an athletic quarterback that throws the ball very well,” Jones said.

“We certainly have opportunities to move the ball and score points. We'll just have to see. Obviously, we made that pick [of Lamb] because we think it makes us dynamic and certainly gives us the opportunity to really give people problems when they line up on the other side of the ball and when they defend us.”