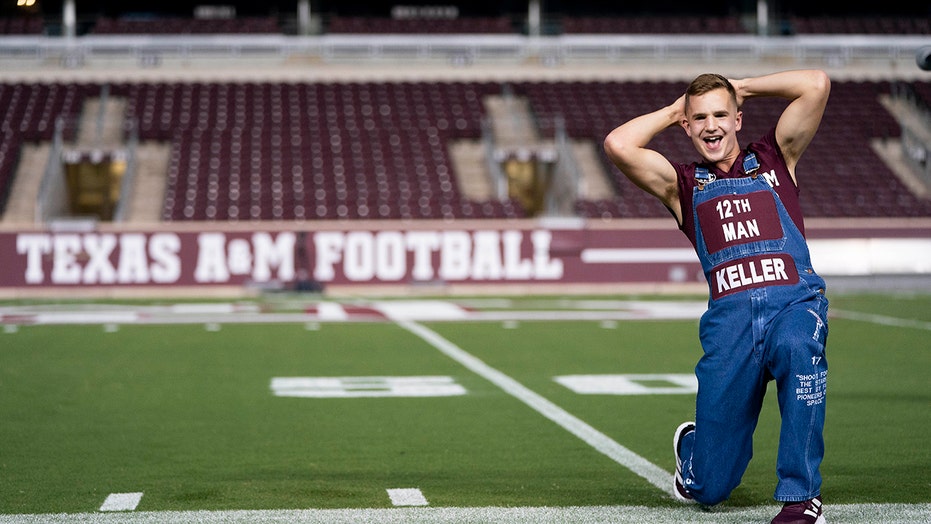 It’s a tradition almost 90 years old, normally held in front of more than 25,000 people before every football game. No fans were allowed this year because of the coronavirus, leaving the Yell Leaders to perform only to the school’s band, their voices echoing in the cavernous space.

“It was a little eerie, but I think it went well,” head Yell Leader Keller Cox said through his mask moments after it ended.

Texas A&M doesn’t have cheerleaders, but instead a group of five male Yell Leaders. The esteemed unit of three seniors and two juniors are elected by the student body and are ambassadors for the university.

They started the lighthearted event in 1931. It includes fables mocking the opposing team, choreographed yells and a few songs from the band. The pep-rally style event routinely draws between 25,000-30,000 people, but has occasionally had crowds of 40,000 or more.

In the first one without fans on Saturday morning, the Yell Leaders performed not only for the band, but for cameras which were livestreaming it online. Cox asked those watching from home to take videos of their groups and post them to social media.

“Tradition is something that’s huge here at Texas A&M... (it’s) something that we pride ourselves in and that makes us unique compared to other schools,” Cox said. “Something I say as a Yell Leader to our students is... you can get a degree anywhere but you can’t get the spirit of Aggieland."

As No. 10 Texas A&M prepared to open its season against Vanderbilt on Saturday night, the Yell Leaders made fun of the Commodores for winning just one SEC game last season, earning delighted sounds of “whoop” from the more than 300-person band.

The 30-minute event also included encouragement to keep wearing masks to prevent the spread of COVID-19 and a special welcome to the more than 10,000 freshmen at Texas A&M.

The Yell Leaders worked with the university and athletics department for weeks to get clearance to hold the event without a crowd. Danny Pugh, Texas A&M’s vice president for student affairs, was pleased with how Cox and his group attacked the situation.

“At a place like Texas A&M where traditions are so valued ... they knew that they were trying to keep those connection points,” Pugh said. “The students have really rallied around knowing they don’t want to drop anything. They want to keep it alive.”

Pugh and Cox viewed Friday night’s event as a dress rehearsal and they hope if things go well they can integrate fans into Midnight Yell for future games.

“We’re going to use this first one as leverage honestly,” Cox said. “To encourage our students to be safe. Because we want to have students there but at the end of the day, if the cases rise up it’s not a possibility.”

Normally thousands of fans wait in line to enter the stadium and their chatter fills it as the gates open at 11 p.m. and they file into almost all the seats on one side of Kyle Field.

On Friday night, Kyle Field, which seats more than 102,000 as the nation’s fourth-largest college stadium, was eerily quiet as the clock ticked past 11. Only a handful of masked school employees and media milled about preparing for the start of the unique event.

About 30 minutes later the Fightin’ Texas Aggie Band could be heard approaching the stadium from a distance.

At midnight, despite no fans being there to cheer, the five Yell Leaders bounced around energetically and smiled broadly toward the rows upon rows of empty seats. A few members of the band yelled out greetings to them by name, eliciting a wave or Texas A&M's “Gig ’Em” hand signal.

Chuckles from members of the band rang out when the Yell Leaders shared a zinger about how Vanderbilt, a 30-point underdog, was sure to lose on Saturday. The stadium, so quiet only minutes earlier, was soon engulfed by sounds of the band, as it played The Aggie War Hymn and other of the school's traditional songs.

While the band seemed particularly loud in the sparsely populated stadium, the most emphatic sounds of the night came from the Parsons Mounted Cavalry. The group set up their cannon on the opposite side of the stadium and fired it several times, eliciting a loud boom and huge puff of smoke after each shot.

And though no fans could be with him on Friday night as he led the yells, Cox believes it was important for the tradition to go as the country deals with this difficult time.

“You can’t put a value on it,” he said. “It’s incredible to be able to have an opportunity to do this... the Aggie spirit gives so much hope to people.”