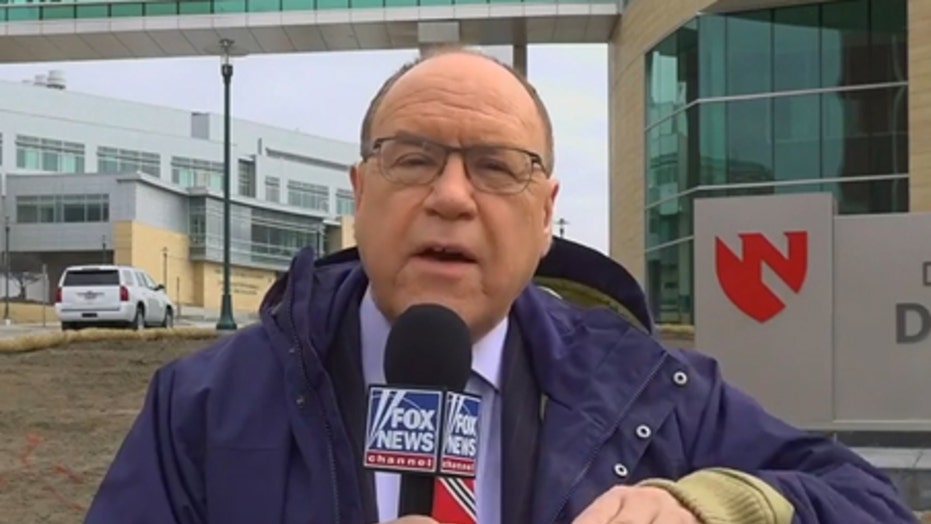 Coronavirus: What to do if you can't be quarantined

Dr. Marc Siegel explains the training going on at major medical facilities for people who cannot be quarantined at home, and the CDC's method for testing

The coronavirus, also known as COVID-19, has spread worldwide with nearly 50 countries and thousands of people affected by the virus along with several deaths.

The virus has also affected sporting events with several teams across the globe playing in front of empty stadiums over coronavirus fears.

Read below for a quick glance at the empty stadiums.

Stadium seats are empty during the Korean Basketball League between Incheon Electroland Elephants and Anyang KGC clubs in Incheon, South Korea, Wednesday, Feb. 26, 2020. The basketball game held without spectators as a precaution against the COVID-19. (Yun Tai-hyun/Yonhap via AP)

A Korean Basketball League game between Incheon Electroland Elephants and Anyang KGC in Incheon, South Korea, was played in front of nobody because of coronavirus fears.

Stadium seats are empty during the pro volleyball V-league between OK Savingbank Rush&amp;Cash and KB Insurance Stars in Ansan, South Korea, Wednesday, Feb. 26, 2020. The volleyball game held without spectators as a precaution against the COVID-19. (Hong Ki-won/Yonhap via AP)

A South Korean professional volleyball game between OK Savingbank Rush&Cash and KB Insurance Stars in Ansan, South Korea, was left empty because of fears over the coronavirus.

A general view inside the empty stadium, fans cannot attend the match due to the medical emergency Covid-19 (Coronavirus), during the UEFA Europa League round of 32 second leg match between FC Internazionale and PFC Ludogorets Razgrad at Giuseppe Meazza Stadium on February 27, 2020 in Milan, Italy. (Photo by Emilio Andreoli - UEFA/UEFA via Getty Images )

A Europa League match between FC Internazionale and PFC Ludogorets was played in front of no fans because of the coronavirus, which has stricken Italy. Giuseppe Meazza Stadium in Milan was left empty.

PFC Ludogorets players were wearing masks heading to their match in Milan. They played in an empty stadium because of fears over the coronavirus.

In an empty seat stadium, the 2021 FIBA Asia Cup qualifiers group A basketball game between South Korea and Thailand Sunday, Feb. 23, 2020, in Seoul, South Korea. The basketball game held without spectators as a precaution against the COVID-19. (Hong Hae-in/Yonhap via AP)

South Korea and Thailand played their Asian Cup FIBA qualifier in front of empty seats in Seoul. Countries were taking precautionary measures because of the coronavirus outbreak.