Authorities in Ireland are reportedly probing an allegation of sexual assault against UFC star Conor McGregor.

The allegation arose in December from a woman who claimed the assault occurred at the Beacon Hotel in Dublin, The New York Times reported Tuesday, citing multiple sources with knowledge of the investigation.

No charges have reportedly been filed against the professional athlete, who is from Ireland. He did face questioning following a January arrest, after which he was let go, sources told The Times.

McGregor’s identity has reportedly been left out of local Irish outlets’ months-long coverage of the investigation.

“Laws in Ireland restrict the news media from identifying individuals charged with rape unless they are convicted, which has not happened in this case,” The Times said in their report.

Irish police did not immediately return Fox News’ request for comment. A police spokesperson wouldn’t tell The Times whether or not the athlete was a suspect. 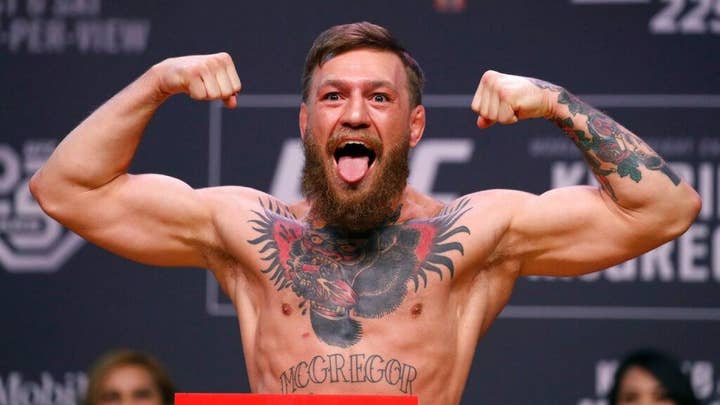 “This story has been circulating for some time and it is unclear why it is being reported now,” Karen J. Kessler, a spokeswoman for McGregor, said in a statement to Fox News.

“The assumption that the Conor retirement announcement today is related to this rumor is absolutely false,” Kessler said. “Should Conor fight in the future it must be in an environment where fighters are respected for their value, their skill, their hard work and their dedication to the sport.”

Earlier Tuesday, McGregor announced on Twitter that he was retiring from mixed martial arts.

“Hey guys quick announcement, I’ve decided to retire from the sport formally known as 'Mixed Martial Art' today,” he tweeted. “I wish all my old colleagues well going forward in competition. I now join my former partners on this venture, already in retirement. Proper Pina Coladas on me fellas!”

McGregor, 21-4, has not won a professional combat fight since 2016. Prior to an MMA loss last fall against Khabib Nurmagomedov, he was defeated by Floyd Mayweather in an August 2017 boxing match.