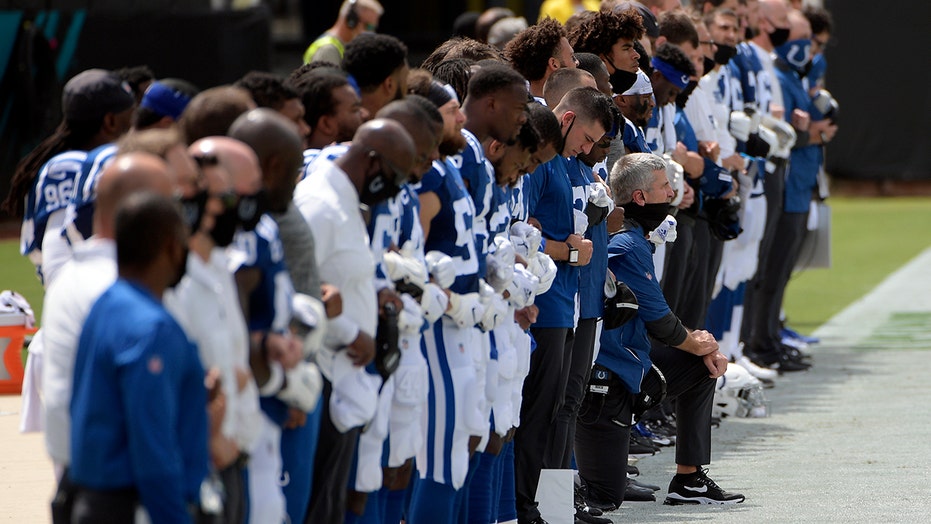 Indianapolis Colts coach Frank Reich was the lone person to kneel during the national anthem on Sunday before taking on the Jacksonville Jaguars in the first game of the season.

Reich explained why he chose to kneel while the players locked arms.

“We thought it was a unique way to express what needs to be done, where someone like myself, a White leader, would kneel, not out of defiance but out of humility,” he said after the team’s 27-20 loss to the Jaguars, according to FOX 59. “We can’t leave things the way they are.

“It takes all of us, everybody, but certainly White leaders really have an opportunity to step up and make a big change as far as systemic racism is concerned.”

The Colts explained in a statement during the game that they were not protesting the national anthem.

"TO BE CLEAR – we were not protesting the flag, the anthem, or the men and women who wear the uniform. The timing of this action is meant to highlight that the presence, power and oppression of racism remains inconsistent with the unity and freedoms of what it means to be an American," the statement read.

"Our Black communities feel the weight of this issue and they are hurting. Our statement today and going forward expresses that we will not merely speak out against racism, but we will demonstrate our convictions with consistent action to support and uplift our Black communities."

The NFL has taken a larger role in promoting social justice initiatives this season.

The league let players and teams decide on the direction of how to go about raising awareness on police brutality and racism. So far, almost every team has done some sort of protest or demonstration before their games.

The Kansas City Chiefs locked arms in their end zone prior to the start of the playing of the Black national anthem. Most of the team then stood for the national anthem. Prior to the kickoff, the team held a moment of unity with Houston Texans players. The Texans stayed in the locker room for both songs.

One of the most poignant demonstrations occurred during the Seattle Seahawks and Atlanta Falcons game. All special team members took a knee upon the kickoff into the back of the end zone.

“During the kickoff in Atlanta, players on both teams exercised their right to bring attention to social injustices that have persisted in the Black community for many years. We stand by the players in the quest for equality,” the league said in a tweet.