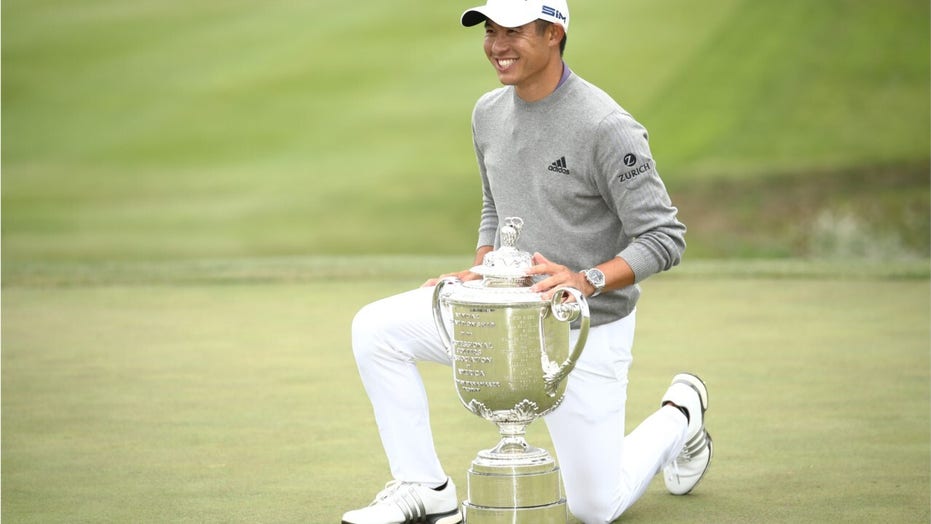 Who is Collin Morikawa, the 2020 PGA Championship winner?

Collin Morikawa is more than just the 2020 PGA Championship winner. Here are five things to know about the 23-year-old golfer.

Collin Morikawa is relatively unknown in the golf ranks.

He burst onto the scene just this year, once the PGA Tour returned from its coronavirus pandemic shutdown. In his first match since his return to the golf course, he finished second at the Charles Schwab Challenge in June 2020. He then went onto win the Workday Charity Open.

After finishing tied for 48th at the Memorial Tournament and 20th at the WGC-FedEx St. Jude Invitational, the rest of the golf world got to know him at the 2020 PGA Championship.

Here’s what else you need to know about Morikawa.

Morikawa was able to shoot up the leaderboard with his final round 64. He jumped past Dustin Johnson and Paul Casey and made an eagle on the 16th hole to really push himself out in front. He would eventually secure the victory and pick up his first major championship.

According to CBS Sports, Morikawa joins an exclusive club of golfers who won their first PGA Championship before the age of 24 — Rory McIlroy, Tiger Woods and Jack Nicklaus.

Collin Morikawa hits from a bunker on the 18th hole during opening round of the Workday Charity Open golf tournament, Thursday, July 9, 2020, in Dublin, Ohio. (AP Photo/Darron Cummings)

Morikawa had two PGA Tour victories upon entering the PGA Championship. He won the 2019 Barracuda Championship. In July 2020, he won the Workday Charity Open in a playoff against Justin Thomas.

Collin Morikawa watches his tee shot on the third hole during the final round of the PGA Championship golf tournament at TPC Harding Park Sunday, Aug. 9, 2020, in San Francisco. (AP Photo/Jeff Chiu)

Morikawa attended California from 2015 to 2019. He helped the Golden Bears to the 2019 Pac-12 Championship. He was also a top golfer on the amateur circuit, winning the 2013 Western Junior, 2015 Trans-Mississippi Amateur, 2016 Sunnehanna Amateur and the Northeast Amateur.