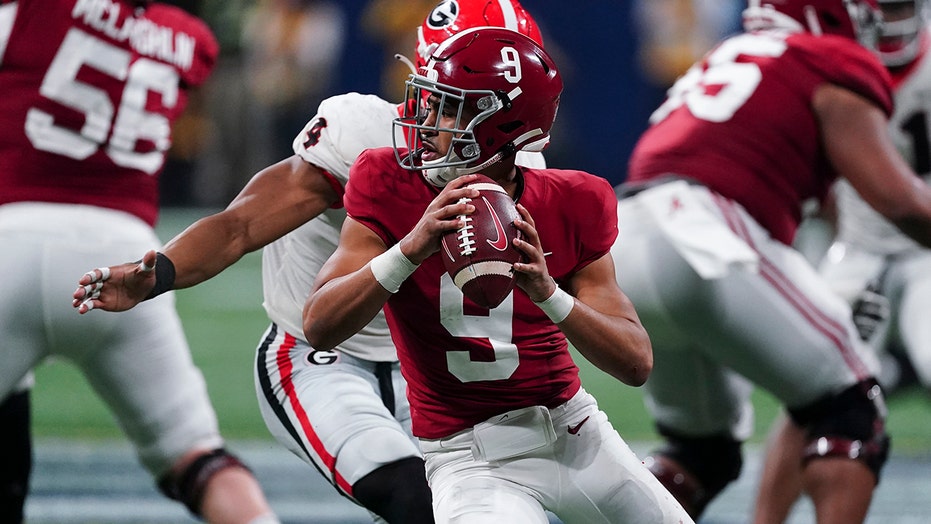 The College Football Playoff will kickoff on New Year’s Eve and the winners of each game will meet next month in the national championship.

No. 1 Alabama will play No. 4 Cincinnati and No. 2 Michigan will play No. 3 Georgia. The winners will meet in Indianapolis for the national title.

Alabama was on the ropes of even making the playoff this season after losing to Texas A&M during the year and entering the SEC title game against Georgia. Alabama defeated Georgia behind a 421-yard, three-touchdown passing performance from quarterback Bryce Young.'

Nick Saban talked about the team’s mindset on Thursday.

"You never really know. I can sit here and tell you that I can tell or can’t tell. There’s been games when I was concerned that we had the right mindset and went out and played well. And there’s been games where I thought we were really ready to play and we didn’t play very well," he said, via AL.com.

"You really never know until you get out there on the field and kind of start the game and see the look in their eye and how focused and how important it is for everybody to maintain intensity."

Cincinnati became the first Group of Five team to make the College Football Playoff. The Bearcats finished the season undefeated and have a win over Notre Dame to compliment their resume.

Cincinnati coach Luke Fickell was asked about the message to his team.

"Hey, these are the champs, and to beat the champs, you’re going to have to play your best," he said, via FOX 19.

On the other side, Michigan will meet Georgia in the Orange Bowl at 7:30 p.m. ET.

Michigan finally broke through and won the Big Ten Championship and will enter the College Football Playoff for the first time. Jim Harbaugh rallied his team to a conference title after a loss to Michigan State.

Harbaugh noted there was a different buzz around this team.

Georgia will get in even after losing to Alabama in the SEC title game. The Bulldogs dominated just about every opponent they faced and were No. 1 in the AP rankings most of the season.

Georgia head coach Kirby Smart yells to his players during the first half of an NCAA college football game against Tennessee, Saturday, Nov. 13, 2021, in Knoxville, Tenn. (AP Photo/Wade Payne)

The Bulldogs got into the playoff despite the loss to Alabama. Smart touched on the team bouncing back from the SEC Championship loss.

"Don’t be judgmental. Don’t say things: ‘If you do this and if you do that, you’re going to get your butt beat,’" Smart said.

The national championship will take place on Jan. 10.