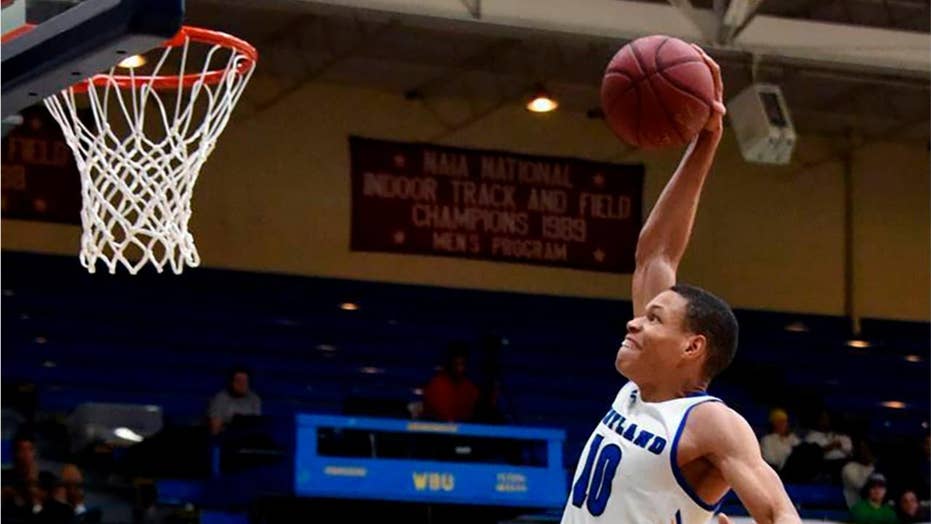 NAIA’s Wayland Baptist player J.J. Culver scored 100 points in a game. He is the first college player to score at least 100 points since Jack Taylor in 2012.

A college basketball player with NBA bloodlines scored 100 points in a game on Tuesday night.

J.J. Culver, who players guard for the NAIA’s Wayland Baptist, became the fourth collegiate player to score 100 points or more when he reached the century mark against Southwestern Adventist.

Culver was 34-of-62 from the field, 12-for-33 from three-point range and 20-for-27 on free throws. He also had nine rebounds, five steals, two blocked shots and an assist.

The NAIA, or National Association of Intercollegiate Athletics, is a college athletics association for small colleges and universities across North America, the U.S. Virgin Islands and the Bahamas. It is separate from the NCAA, which is reserved for large schools and is separated into different divisions.

Culver became the first player to score 100 points in a game since NCAA Division III player Jack Taylor scored 138 points in 2012 and 109 points in 2013 for Grinnell College. It’s the second most in NAIA history behind Clarence “Bevo” Francis who scored 113 points for Rio Grande (Ohio) in 1954.

“We always script our first couple of plays, and J.J. scored on the first three or four,” Wayland Baptist coach Ty Harrelson said after the game. “The guys realized he was hot and kept going to him. We figured as long as he's taking good shots and shots out of philosophy that he had a chance to do something special tonight.”

Culver is the brother of Minnesota Timberwolves forward Jarrett Culver. Jarrett led the Texas Tech Red Raiders to the NCAA championship in April.

J.J. Culver was a first-team NAIA All-American and the Sooner Athletic Conference player of the year as a junior, averaging 17.5 points per game last season. He is currently averaging 36.1 points per game.

NBA Hall of Famer Wilt Chamberlain, as a member of the Philadelphia Warriors, became the only pro player to score 100 points in a single game. He accomplished the feat in March 1962 in Hershey, Pa., against the New York Knicks.