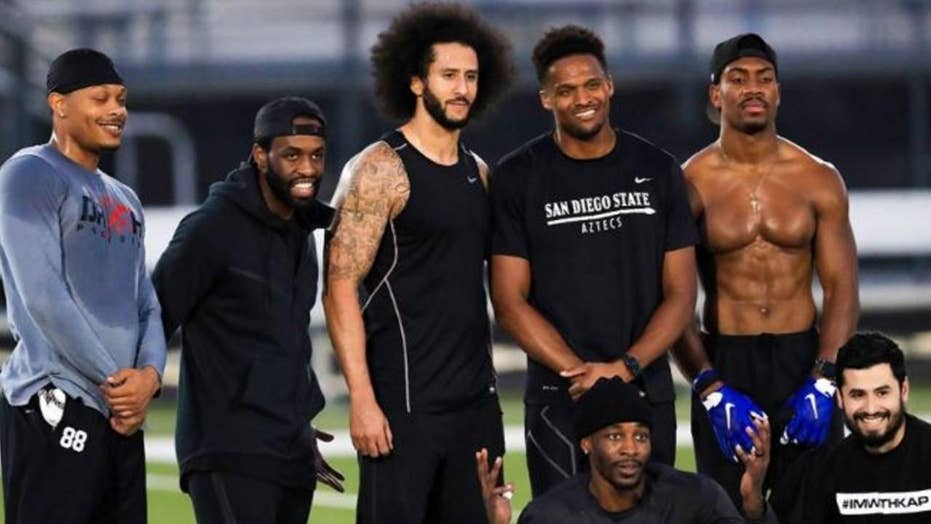 The Washington Redskins signed Jordan Veasy to their practice squad Wednesday. Veasy worked out with Kaepernick last month at an Atlanta high school. The workout gig was offered to Veasy after Kaepernick could not agree to terms with the NFL for a workout at the Atlanta Falcons facility.

A wide receiver who was one of the targets Colin Kaepernick threw to during the quarterback’s controversial workout last month has found a job.

The Washington Redskins signed Jordan Veasy to their practice squad Wednesday. Veasy worked out with Kaepernick last month at an Atlanta high school. He caught a 50-yard pass from the former San Francisco 49ers star, which was described as one of the quarterback’s best throws.

Veasy was on the Buffalo Bills’ practice squad earlier this year but was cut in October. He told The Washington Post that it was the Kaepernick workout that helped him land another job in the NFL.

“It helped,” Veasy told the paper. “That’s one of the reasons I wanted to be a part of it. Just being a part of the history of it, and I knew it was going to help me.”

Veasy said he was at home in Gadsden, Ala., working out when he heard Kaepernick was going to be in Atlanta. It’s only a two-hour drive from Gadsden to Atlanta and decided to join the workout.

“I was going to be in Gadsden running routes anyway,” he told The Washington Post. “Might as well run 'em in front of some scouts.”

Veasy said he had a workout with the Cleveland Browns but didn’t receive a contract. He then got the offer from the Redskins without an additional workout.

Veasy played two years, 2016 and 2017, at California before turning pro. He caught 63 passes for 797 yards and nine touchdowns in those two seasons. He finished in the top 10 in the Pac-12 Conference with six receiving touchdowns in 2017.

He has not appeared in an NFL game.