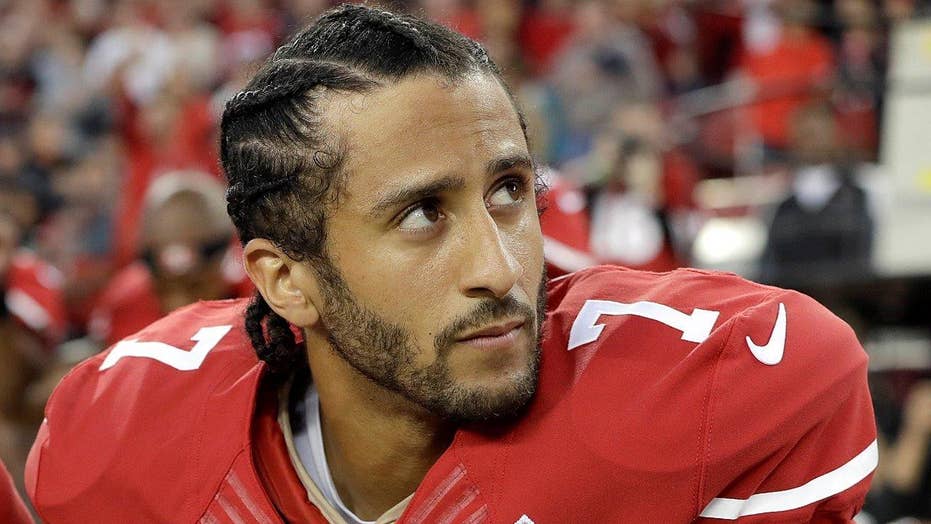 Is it time for Kaepernick and other players to stand up?

Hall of Fame running back Eric Dickerson sounds off

It’s not “Black Lives Matter” or “All Lives Matter,” but Colin Kaepernick appears to have a new slogan for his protest movement: “Everything you do matters.”

That’s the message the San Francisco 49ers quarterback delivered to Oakland’s Castlemont High School football team, who protested the playing of the National Anthem on Saturday by lying on the sidelines with their hands in the air, Fox Sports reported. Kaepernick took a knee, as he’s been doing before his team’s NFL games, next to the Castlemont players.

“You are important. You make a difference. This matters,” Kaepernick told the team during a pre-game speech. “Everything you do matters.

“That’s what this is about. I had to come support y’all, because the same y’all took a stand and stood with me, I had to come out here and stand with y’all. So I appreciate what y’all did. I love y’all, y’all my brothers. I’m here with you.”

Kaepernick came to Oakland, CA. He kneeled on one knee, players laid on their back with hands up during the Anthem. pic.twitter.com/Cae4sTopac

A photo of the Castlemont Knights before a previous game this season showed the team kneeling with one fist raised in the air during the Anthem.

The Castlemont Knights during the National Anthem before last Friday's football game in Oakland: pic.twitter.com/AJvsP3maDR

But while the Oakland team has been inspired by Kaepernick, not everyone is on board with the backup quarterback’s displays, which Kaepernick has said he’s doing to bring awareness to controversial police shootings of black people.

Hall of Fame coach Mike Ditka told a Dallas radio station Friday that Kaepernick taking a knee was “a problem.”