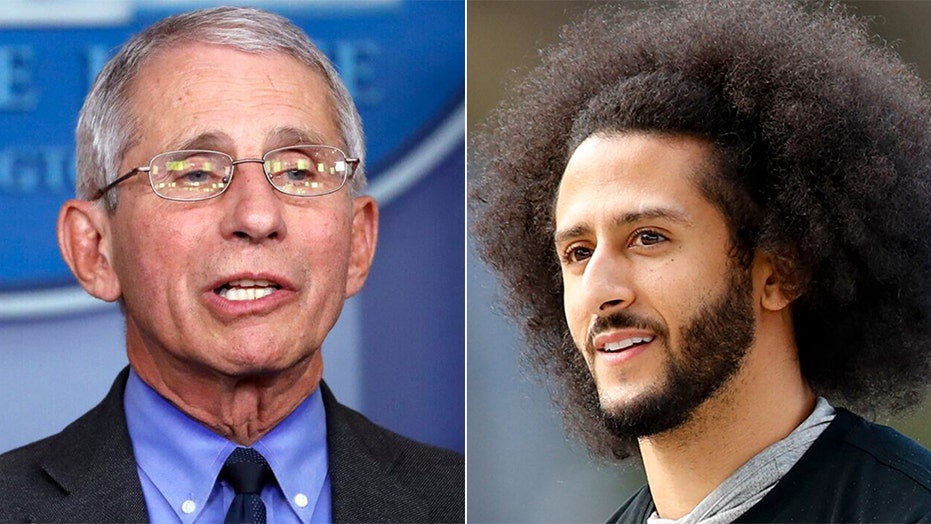 Former NFL quarterback Colin Kaepernick and Dr. Anthony Fauci have been recognized by the Robert F. Kennedy Human Rights Organization to receive its most prestigious award. They were two of the five people chosen for the 2020 RFK Ripple of Hope Award.

The award honors people who “demonstrated a commitment to social change” and have “utilized their platform for the public good.”

FAUCI EXPLAINS WHY HIS PITCH WAS OFF THE MARK

“At a time when the courageous pursuit of equality and justice has become political and riddled with adversity, Robert F. Kennedy Human Rights stands with these modern-day human rights defenders in their inspirational fight for progress," the organization said in a statement.

“In 2017, I was in the audience honoring Mr. Harry Belafonte as he accepted the Robert F. Kennedy Ripple of Hope Award,” Kaepernick said in a statement. “I am humbled to follow the footsteps of individuals like Mr. B and to be in the company of all the other laureates. Thank you for this prestigious award.”

Due to the coronavirus pandemic, the event will be held virtually on Dec. 10.