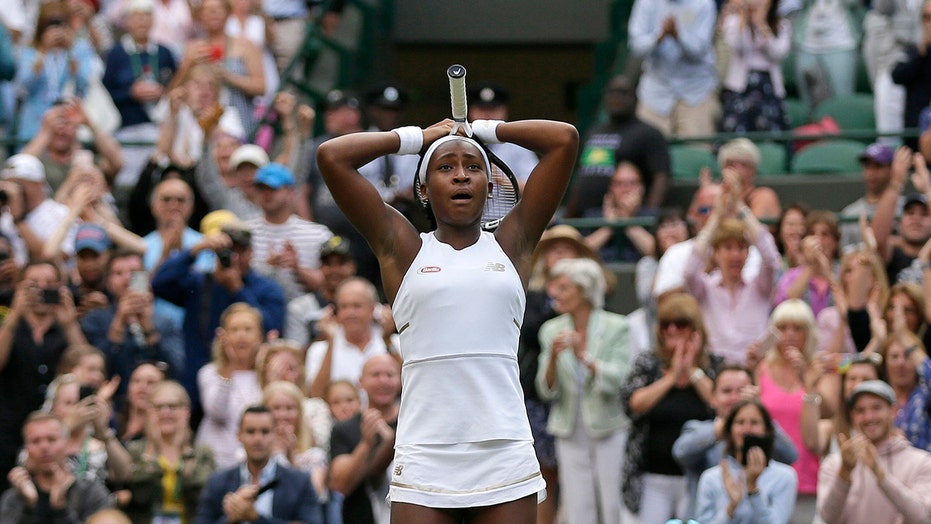 Coco Gauff was thrust into the national spotlight when she not only qualified for Wimbledon but made a deep run into the tournament, defeating Venus Williams in the process.

Gauff, 15, explained in an interview with Teen Vogue published Wednesday that she and her family had to grapple with her enormous popularity when they returned to the U.S. from England. She explained that recently her family alerted police after their car was followed.

“We've just kind of been making sure we change our schedule every day so no one, like, I don't know, figures out what we do,” Gauff said, adding she wasn’t worried about the stranger.

Gauff was granted a wildcard entry into the U.S. Open, which begins in New York City next week. She defeated Williams, Magdalena Rybarikova and Polona Hercog before losing to the eventual Wimbledon champion Simona Halep in the fourth round.

DEFENDING CHAMPS OSAKA, DJOKOVIC ARE NO. 1 SEEDS FOR US OPEN

Her father, Corey, told Teen Vogue that despite his daughter’s immediate success he doesn’t like the term “prodigy” when describing her.

“I understand the Webster's dictionary [definition] of it, and maybe it's applicable, but to me, it's like [Bobby] Fischer in chess. Somebody [who] can see the chessboard. That's a prodigy to me,” he told the magazine. “They just have a mental capability that's so unique and so off the charts. When it comes to something like tennis, [Coco] works hard. This is not an accident. She might be overnight popular, but she’s not an overnight success.”

Gauff is currently No. 140 in the women’s rankings. She initially made a mark at age 13 by becoming the youngest U.S. Open junior finalist in history; she won the French Open junior title at 14.