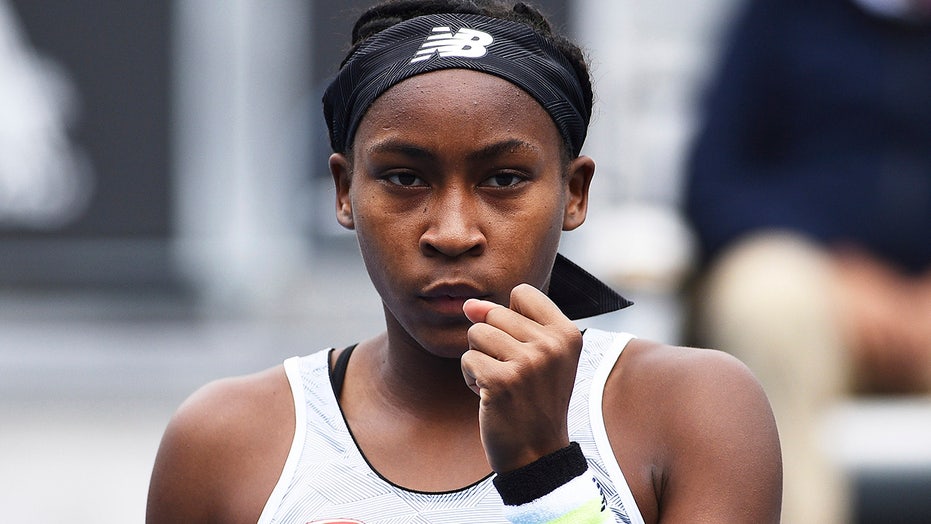 Tennis phenom Coco Gauff used her growing platform Wednesday to speak at a protest in Florida.

Gauff, 16, joined protesters in Pompey Beach and marched to Delray Beach to demonstrate in memory of George Floyd, the Minneapolis man who died in police custody on May 25 after an officer kneeled on his neck for more than eight minutes, and against police brutality, according to the Palm Beach Post.

She told the crowd she thought it was “sad’ she was out here protesting the same thing her grandmother was protesting decades ago.

FORMER TENNIS STAR STILL SHAKEN BY ENCOUNTER WITH COP IN '15

“I think it’s sad that I’m here protesting the same thing that she did, 50-plus years ago,” Gauff said. “You need to not be silent, ’cause if you are choosing silence, you are choosing the side of the oppressor.”

Gauff added: “We have to understand that this has been going on for years ... I was eight years old when Trayvon Martin was killed. So why am I here at 16 still demanding change?”

US OPEN PLAN IN WORKS, INCLUDING GROUP FLIGHTS, COVID TESTS

She urged those in attendance to go vote if they want to make a change.

“Yes, we're all out here protesting, and I'm not of age to vote, and it's in your hands to vote for my future, my brother's future and for your future. So that's one way to make change,” she said, according to USA Today.

Gauff’s tennis season was postponed due to the coronavirus. She burst onto the scene at Wimbledon and the U.S. Open with some shocking upsets.