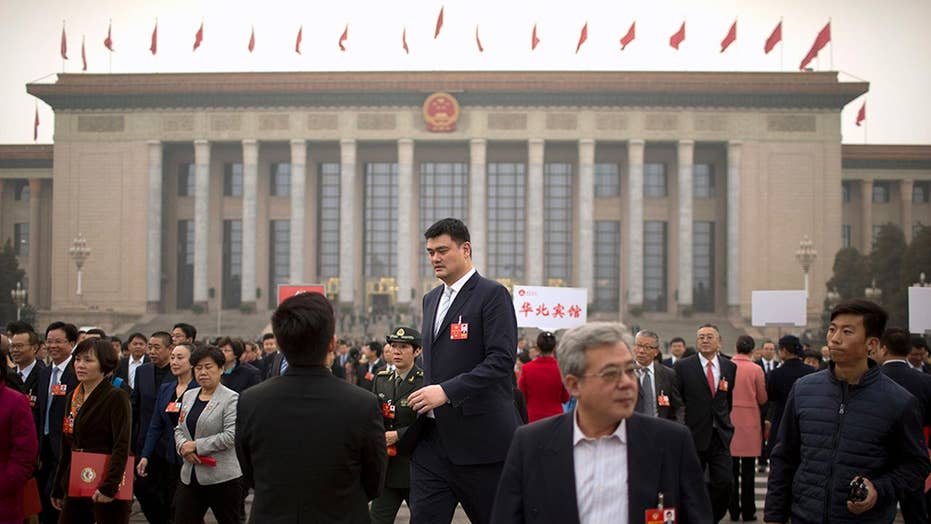 U.S. politicians call out NBA for 'kowtowing' to China; reaction on 'The Five.'

In the era of "woke" athletes, the NBA has staked its claim as the most vocal and progressive among the major American sports — yet many of those same outspoken athletes and coaches praised by the media for their strong, unequivocal pronouncements on everything from gun control to civil rights to President Trump are suddenly silent when it comes to China.

Steve Kerr regularly fills up sportswriters' notebooks with his stinging critiques of Trump, shows of support for former NFL quarterback Colin Kaepernick, passionate advocacy for gun control — and, in between those issues, the head coach offers his thoughts on his uber-talented Golden State Warriors squad. But Kerr threw up an air ball when he was asked if he had an opinion on the pro-Democracy protests and subsequent turmoil in Hong Kong, the autonomous Chinese territory.

“Actually I don’t,” Kerr said, according to NBC Sports Bay Area. “It’s a really bizarre international story. A lot of us don’t know what to make of it. It’s something I’m reading about like everybody is, but I’m not gonna comment further.”

He added: “What I’ve found is that it’s easy to speak on issues that I’m passionate about and that I feel like I’m well-versed on and I’ve found that it makes the most sense to stick to topics that fall in that category. So I try to keep my comments to those things and so it’s not difficult. It’s more I’m just trying to learn.”

Kerr said his brother-in-law happens to be a Chinese history professor and noted he's been emailing him to gain a better understanding of the issues at play.

But Kerr’s uncharacteristic non-answer didn't come in a vacuum. Instead, Kerr chose the path of least resistance after seeing how his league's leadership reacted to Houston Rockets GM Daryl Morey tweeting a pro-Hong Kong slogan. Rockets star James Harden and Brooklyn Nets owner Joseph Tsai were among those who either distanced themselves from Morey's sentiment or discounted his opinion altogether.

Tsai, an Alibaba co-founder, lectured and ranted in a Facebook post about China’s sovereignty. He called supporting the Hong Kong protesters a “third-rail issue” for the Chinese government and Chinese citizens. He said Morey was not informed enough when he tweeted his support for Hong Kong protesters. What has gone unsaid by NBA officials is the league's significant business interests in China – via means such as manufacturing, television rights and exhibition appearances – and the NBA brass' stated desire to grow the league's presence in the communist country. 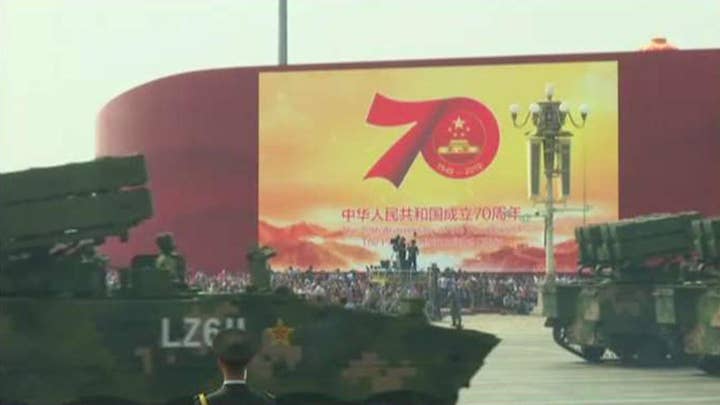 While NBA Commissioner Adam Silver has vowed not to punish anyone for speaking up about the issues in Hong Kong and China, discussing domestic political issues – never mind foreign ones – can have a negative effect on teams and players’ businesses. The Rockets are already feeling the consequences.

Several Chinese sportswear brands have suspended operations with the organization while Chinese sports channels have vowed not to show their games. The Chinese Basketball Association reportedly canceled an exhibition game involving the Rockets’ G-League affiliate. A Nets event was also abruptly canceled ahead of Brooklyn's game against the Lakers.

And so with huge sums of money hanging in the balance, senior members of a league praised for producing the most political athletes in sports, have instead chosen to walk a tightrope.

San Antonio Spurs head coach Gregg Popovich, who has routinely criticized Trump, endorsed former Democratic congressman Beto O’Rourke for U.S. Senate and praised Kaepernick for his patriotism, has yet to wade into the geopolitical waters.

LeBron James, perhaps the biggest star in the entire sports universe, whose Los Angeles Lakers play the Nets in China this week, also has yet to say anything about the Hong Kong protests. James has mostly been vocal in his career about social and racial justice issues where he feels he can give a voice to typically overlooked people or events. A decade ago, however, James refused to sign a teammate’s letter condemning China for its role in the genocide in Darfur because he said he didn’t know enough about the issue.