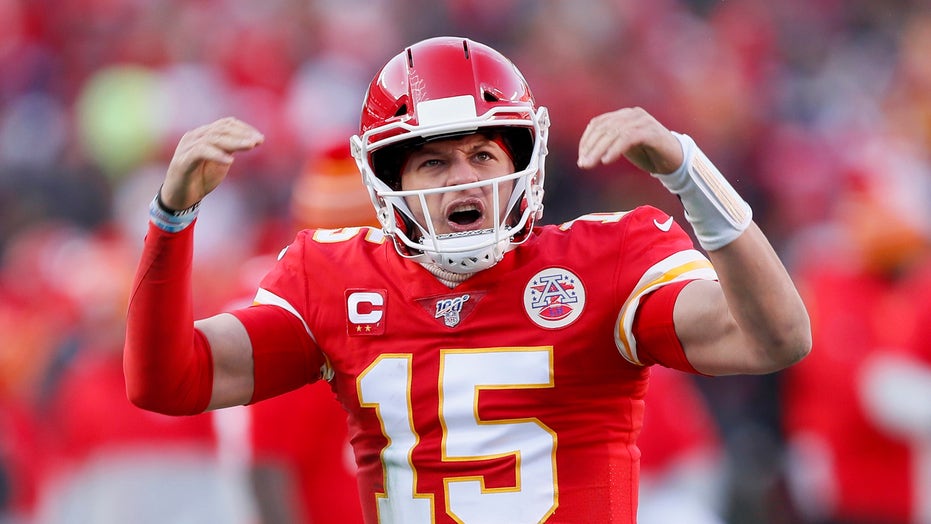 Leigh Steinberg’s focus this week is rightfully on the three-day NFL draft, where new clients such as Alabama quarterback Tua Tagovailoa and teammate Jerry Jeudy will learn where they will begin their professional careers.

It won't be long before Steinberg's attention is back on his most high-profile client.

After leading the Kansas City Chiefs to their first Super Bowl championship in five decades, quarterback Patrick Mahomes is finally eligible to sign a contract extension this offseason.

And while there is no hurry given the fact that Mahomes is entering just his fourth season in the league — and the Chiefs could simply pick up his fifth-year option — the reality is both sides are eager to come to terms on what could be a record-setting deal.

“We're not even worried about it at this point,” Steinberg recently told The Associated Press in a wide-ranging interview. “He is preparing for next season and it'll work out how it works out.”

That sounds reasonable. But for both sides, the benefits of getting a deal done this offseason far outweigh any benefits of kicking the negotiations down the road.

For the Chiefs, who have been bumping up against the salary cap, they would gain some cost certainty going forward. Mahomes is due to make just $2.7 million this season as part of his rookie contract, but that number will rise dramatically once a deal gets signed. Just how much would help the organization plan for what it hopes is a Patriots-like dynasty.

For the record-setting quarterback and his representatives, the extension would give them a big guaranteed payday before Mahomes takes the field again.

Remember when he dislocated his knee on a seemingly innocent quarterback sneak during a game against Denver?

It sent shivers down the spines of Chiefs general manager Brett Veach and coach Andy Reid, but also Steinberg and his team, who no doubt would prefer a deal gets done before Mahomes risks injury again.

“Pat and his agent, Chris (Cabot) and Leigh, they know Pat is a priority. Pat isn't going anywhere,” Veach said. “Pat is going to be here a long time. I can never sit here and speak in definitives, so I can't say that the fifth-year won't be an option or anything like that. It would be hard for me to see that we'd have to use that. We feel that it's a priority and when you have a great player, and that great player is a priority, things get done."

Several former agents and GMs who spoke to the AP believe the starting point is Seahawks quarterback Russell Wilson, who signed a four-year extension worth $35 million per year in new money that brought his total compensation to $157 million over five years.

But the end point should be much higher: a five-year extension that eclipses $200 million in new money, making Mahomes the highest-paid player in the league by reaching the $40 million-per-year benchmark.

It wouldn't be the first time Steinberg, the inspiration for the film “Jerry Maguire,” set the market. The agent negotiated Warren Moon's league-high contract in 1989, then handled Troy Aikman's record-setting deal in 1993, before helping Drew Bledsoe shatter the mark again with a $103 million, 10-year blockbuster prior to the 2001 season.

“Again, Pat is a priority. The way we look at it now with all that is going on, we’re going to have a lot of time to work with," Veach explained ahead of this week's draft. "It’s just hard to put a timetable on exactly when and how that will all work out. But we know and I’m sure he knows that it will get done and it will be taken care of.”

In the meantime, the Chiefs are doing everything they can to keep Mahomes happy.

That means keeping plenty of help around him.

“Pat does some things that you can’t coach,” said Washington, who was teammates with Mahomes at Texas Tech, and who should enter training camp as the primary backup to Damien Williams. "Being able to play with and experience that during college was definitely a fun experience.”

Mahomes is a big reason why Remmers and Seals-Jones signed with the Chiefs, too.

“You watch his highlights every week,” Remmers said, “and you’re just like, ‘What the heck? He did that this week? And he did that this next week?’ Every week he’s always doing something more creative. He’s a heck of a player, he moves really well, he slings the ball like crazy. He’s a heck of an athlete. I’m just extremely excited to meet him in person, see what he’s like in the locker room and in the huddle, just see how he operates out there.”

Good thing for Remmers: The Chiefs intend to have him operating out there for years to come.