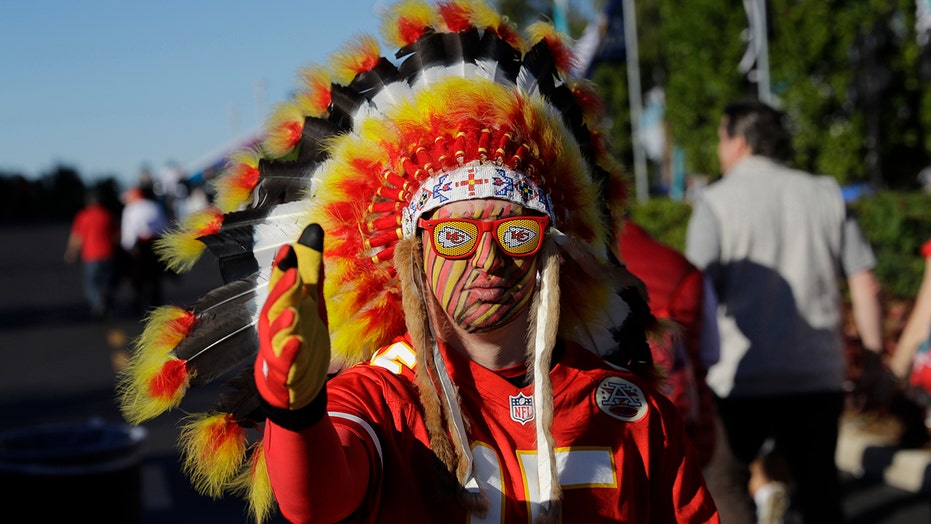 The limited number of Kansas City Chiefs fans who will be in attendance at Arrowhead Stadium on Thursday night to watch the defending Super Bowl champs take on the Houston Texans will not be allowed to have any Native American-like headdresses or face paint.

The rules are part of a push for racial justice following the death of George Floyd in Minneapolis months ago, which caused the NFL, teams and players to find their voices on social initiatives. NFL teams with Native American mascots faced increased scrutiny, leading the Washington Football Team to remove its Redskins nickname that had stood since 1933.

Students at Haskell Indian Nations University in Lawrence, Kan., were among those who called for the Chiefs to make some changes.

“Using this mascot and having this fan base of predominantly white people wearing face paint and headdresses and doing the tomahawk chop, and it energizes them and gives them this sense of power, and then thinking there is nothing wrong with doing that is just mind-boggling to me,” said former student government president William Wilkinson, who is Navajo, Cherokee, Mandan, Hidatsa and Arikara.

He added that the team name must also change eventually.

“It dehumanizes us and gives us Native Americans this picture of being this savage beast that is hungry for fighting when in real life we are nothing like that,” the 22-year-old said.

A Kansas City Chiefs fan cheers on his team during the second half against the Jacksonville Jaguars at Arrowhead Stadium. (Jeff Curry-USA TODAY Sports)

Gaylene Crouser, executive director of the Kansas City Indian Center, said that it was wrong to use “a race of people as a mascot” and that she believes momentum on the issues could be shifting.

At least one fan saw the changes as an overreaction.

Ty Rowton, who attends games as the X-Factor, usually dressed with an arrowhead on his head, beads and a cape signed by the players, said the only change he’s made is sticking duct tape on his face with Bible verses across it.

“It is something that gets us riled up together and that we do as one. It has never been meant to be disrespectful at all,” Rowton said.

The Chiefs will allow 16,000 people in attendance for the first game of the season.