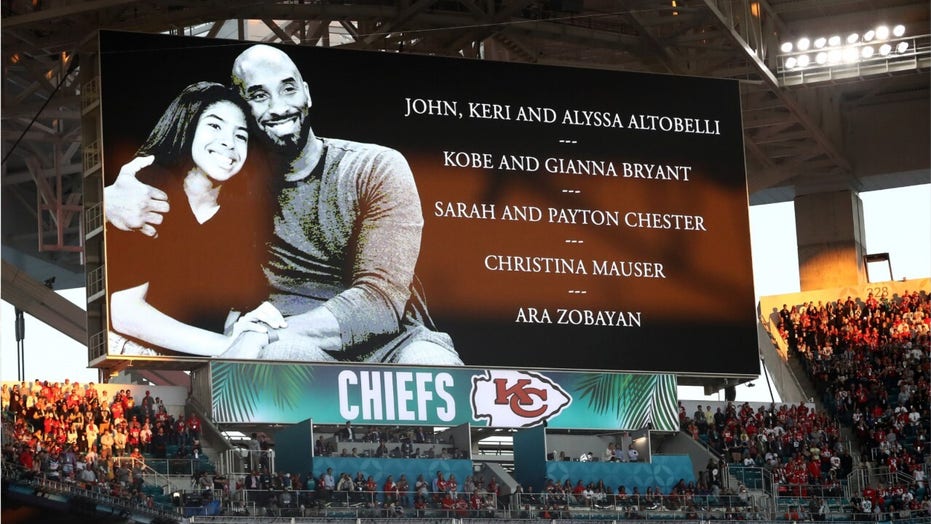 MIAMI GARDENS, Fla. – The death of Kobe Bryant still weighed heavily on the minds of the Kansas City Chiefs, the San Francisco 49ers and fans across the sports world.

Both teams honored Bryant, who died last week in a helicopter crash along with his daughter and seven others, by lining up on each of the 24-yard lines at Hard Rock Stadium before Super Bowl LIV.

Bryant was on the minds of the players throughout the week. 49ers cornerback Richard Sherman entered the stadium wearing a Bryant jersey. He talked about what Bryant meant to him on NFL’s Super Bowl Opening Night.

“It’s unfortunate. It’s really sad,” Sherman said. “He was a friend of mine. He was a mentor. He meant a lot to this world and he made a positive impact. There’s nothing I can really say to qualify his impact on myself and on others.

“I just know how he would’ve, you know, wanted me to take this and to react especially in this moment and in this game. I was really sad yesterday and I was sad this morning. I was kind of down. And then I thought about what he would tell me. He would tell me, ‘stop being a baby and man up’ and play it and do it in his honor and win this game for him. And that’s what we’re going to try to do.”

The Chiefs' Tyrann Mathieu said it was “shocking” to learn of Bryant’s death.

“Really so sad for his family, especially his wife and their daughters. You know, it’s unimaginable. I never thought in my lifetime that a guy like Kobe Bryant wouldn’t be here. I thought guys like him would live forever. He done so many great things on and off the court. And off the court as well, I think he was really one of those guys who inspired a lot of people.”