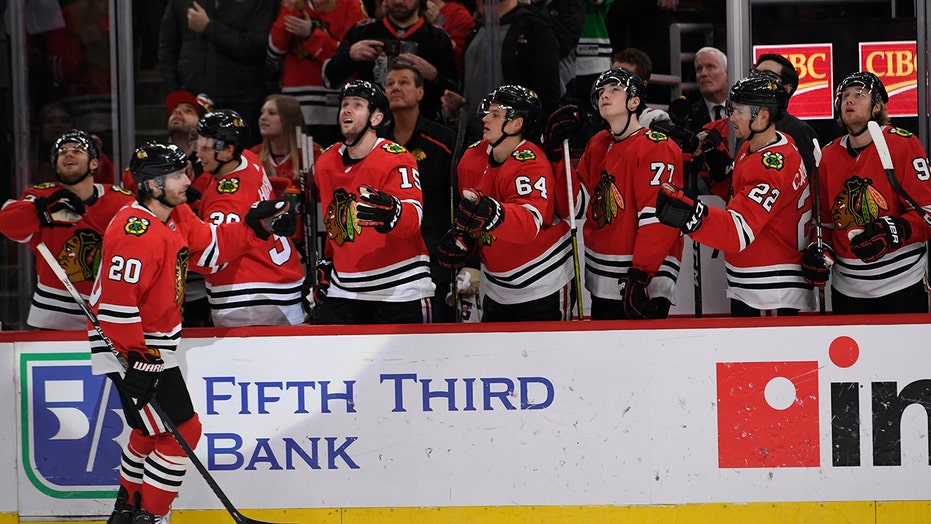 The pressure is on for a number of professional sports teams to change their names amid a national focus on race relations, but the Chicago Blackhawks are taking a different approach to raising awareness.

The team issued a statement Tuesday saying the Blackhawks name is a symbol of respect for Native American culture that has provided an important platform for the community, and that the team will keep its name.

“The Chicago Blackhawks name and logo symbolizes an important and historic person, Black Hawk of Illinois’ Sac & Fox Nation, whose leadership and life has inspired generations of Native Americans, veterans and the public,’’ the Hawks said in a statement, obtained by the Chicago Sun-Times.

“We celebrate Black Hawk’s legacy by offering ongoing reverent examples of Native American culture, traditions and contributions, providing a platform for genuine dialogue with local and national Native American groups," the team continued. "As the team’s popularity grew over the past decade, so did that platform and our work with these important organizations."

“We recognize there is a fine line between respect and disrespect, and we commend other teams for their willingness to engage in that conversation,” the Blackhawks added.

PGA PRO SEAN FREDRICKSON, 3 CHILDREN KILLED IN PLANE COLLISION: ‘THIS MIGHT BE THE LAST TIME I SEE MY FAMILY’

The NFL’s Washington Redskins and MLB’s Cleveland Indians were first called on to change their names following a national movement against social injustices that began after the death of Minneapolis manGeorge Floyd in May.

The Indians -- which were previously known as the Forest Citys, Spiders, Bluebirds, Bronchos and Naps before adopting their current name in 1915 -- said they’ve been paying attention to changing times and announced Friday that a name change could be coming soon.

But Redskins owner Dan Snyder has long resisted calls to change the name the football team has used since the 1930s. Recent criticism from corporate sponsors such as FedEx -- which paid the Redskins $205 million for naming rights to FedEx Field in Landover, Md. -- prompted Snyder to promise to conduct a “thorough review” on the matter.

The Hawks said they will keep their name and instead look to make a difference through dialogue.

‘‘We will continue to serve as stewards of our name and identity and will do so with a commitment to evolve," the team said. "Our endeavors in this area have been sincere and multifaceted, and the path forward will draw on that experience to grow as an organization and expand our efforts.’’