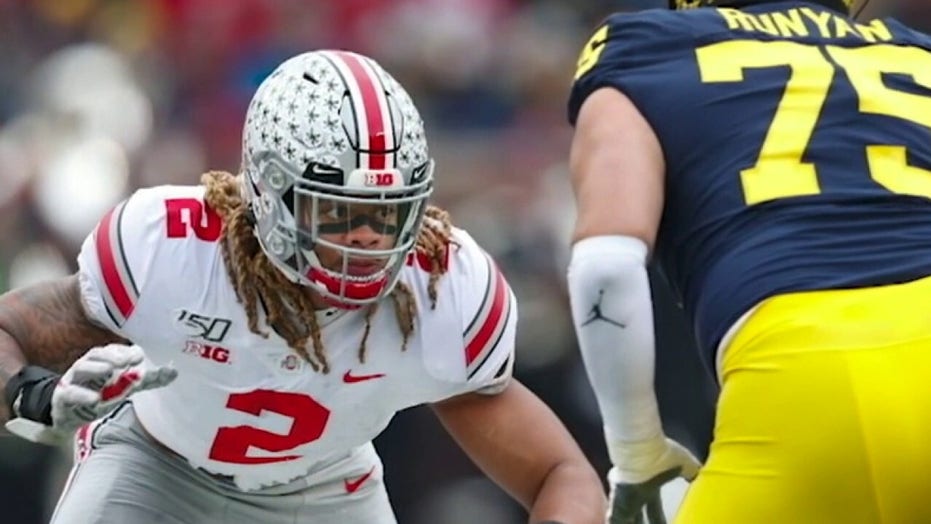 This weekend's game between No. 12 North Carolina and Charlotte has been canceled after the 49ers announced contact tracing had depleted their offensive line with several players placed into quarantine amid the coronavirus pandemic.

Charlotte announced the cancellation Thursday morning, two days before the Conference USA program that moved to the Bowl Subdivision ranks in 2015 was due to visit Chapel Hill for the first meeting between instate schools.

It marks the 14th game this season that has been canceled or postponed amid the pandemic. The latest move comes roughly a week before the Southeastern Conference is scheduled to open play and a day after the Big Ten announced it would try to go forward with football in October. The Pac-12 remains on hold for now.

In its release, Charlotte said there had been three positive cases among football players discovered through regular league-required testing during the past two weeks. Those individuals had been placed in isolation with medical care, while others impacted through contact tracing were told to quarantine for 14 days.

Charlotte didn’t specify exactly how many players were affected and said its home opener with Georgia State on Sept. 26 is still on.

“We’re extremely disappointed to have to cancel our game at North Carolina,” athletics director Mike Hill said in a statement. “While I know our team is heartbroken, due to the number of players in quarantine, we could not safely play. We very much appreciate the University of North Carolina working with us to schedule this game.”

UNC and Charlotte announced Aug. 8 that they would meet six weeks later. That came after the Atlantic Coast Conference revamped its scheduling model when it decided to go forward with football, allowing for 10 league games and one nonconference matchup played in the home state of the member school.

Now the Tar Heels, who opened with last weekend’s win against Syracuse, have two straight open weekends on the schedule and aren’t set to play again until visiting Boston College on Oct. 3. In a statement, UNC athletics director Bubba Cunningham said the school would seek a replacement game for Sept. 26.

“We’re disappointed we won’t have a chance to play this weekend, but completely understand and appreciate Charlotte’s transparency,” UNC coach Mack Brown said in a statement. “We were looking forward to competing against Coach (Will) Healy’s group. As you know, we’re good friends so I hate this for him and his team. Hopefully, everyone affected is okay and we wish them the best as they move through the season.”